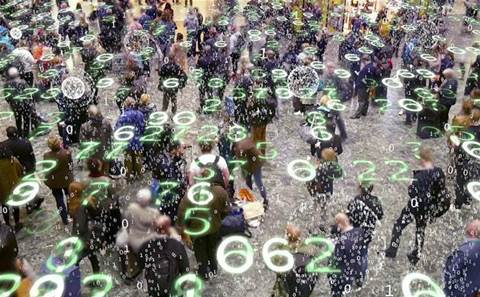 Smaller Aussie businesses are still unlikely to use cloud computing, while companies in the IT and telecommunication space are the most fervent adopters of cloud.

Australian Bureau of Statistics found that the majority of Australian businesses with fewer than 200 staff did not use any paid cloud computing services in 2015-16, while the opposite was true of enterprises with more than 200 employees.

The ABS data split companies into four groups, from micro-business with up to four staff all the way to companies with more than 200 employees.

The use of cloud computing increased as businesses got larger, with just a quarter of the smallest companies using paid cloud services, while 60 percent of the largest companies did.

The information media and telecommunications industry was the only vertical in which cloud computing had been adopted by a majority of companies – 57.3 percent of ICT companies use paid cloud.

This was true across IT and telco businesses of all sizes, with the highest adoption among ICT companies with more than 200 staff (72.8 percent).

oftware-as-a-service was the most common use across all businesses, followed by cloud storage.

Cloud usage was much lower among industries such as agriculture, forestry and fishing (16.2 percent) and transport, postal and warehousing (17.5 percent).

The ABS highlighted a range of barriers to further cloud adoption, led by insufficient knowledge, which deterred 17.6 percent of companies included in the report. This was followed by the risk of security breach (12.7 percent), the high cost of cloud computing (10.6 percent) and uncertainty about the location of data (9.1 percent).

The banking sector was most concerned about the risk of a cloud security breach, while nearly 30 percent of agricultural companies blamed a lack of knowledge for the slow rate of adoption.

The majority of companies, 65.3 percent, said there were "no factors" limiting or preventing the use of cloud services.

Some 67.1 percent of business did not report any security breaches in the 2015-16 year, while roughly the same number said they did experience a breach (16 percent) as did not know if they had been breached (17 percent).

Downtime was the most common impact of a security breach, followed by hardware or software corruption, data loss, and loss of staff productivity.

The banking sector was the most likely to have experienced a secuity incident (21.9 percent), while transport, postal and warehousing businesses were least likely (8.5 percent).

Mobile internet was the most important digital technology among the categories covered by the ABS, with 52.9 of all businesses saying it was of "major" importance.