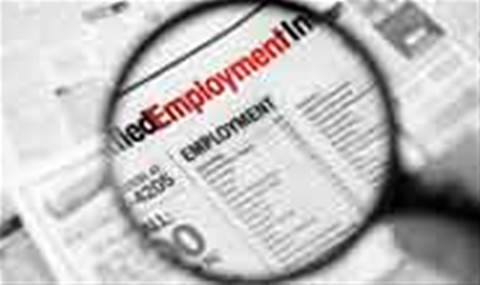 The number of online job advertisements for ICT professionals in Australia fell 24 percent over the year to a record low in September, according to government figures released this week.

The Skilled IVI measures ICT vacancies based on online job listings on Seek, My Career, CareerOne and Australian JobSearch.

Last month's figure was reflected in a skilled internet vacancy index (IVI) of 68.3 — meaning that there were 31.7 percent fewer vacancies than in January 2006, when DEEWR's base index was established.

DEEWR's latest smoothed figures suggest the decline has been consistent since December 2010 when the overall index for ICT vacancies stood at 108.1 (16,204 vacancies).

NSW continued to lead the fall in internet job advertisements for ICT professionals, registering a new low IVI of 57.5 — describing a 42.5 percent fall since January 2006.

ACT, influenced by Budget tightening, continued to experience an IVI decline with an index of 87.1 at the end of September compared with 92.0 at the end of June.

The only exception to the declines was in Tasmania at 120.5 (compared to 116.4 in June). However, that translates to just 33 online job advertisements, so don’t pack your bags, just yet.

In the 12 months to 30 September, the overall skilled IVI fell by 20.6 percent, with falls recorded across all occupational groups.

The strongest decline was recorded for Engineering, ICT and Science Technicians (down 35.1 percent), followed by Electrotechnology and Telecommunications Trades (down 25.9 percent). 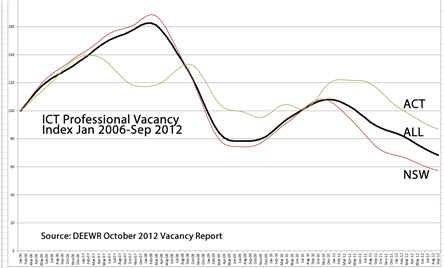 The chart of ICT vacancies from January 2006 to September 2012 shows there were effectively two peaks in overall vacancies.

The latest statistically smoothed data from DEEWR suggests it has continued to decline since then.

Grow your software revenue by selling these 5 affordable, essential tools for the modern workplace
By John Hilvert
Oct 26 2012
12:25PM