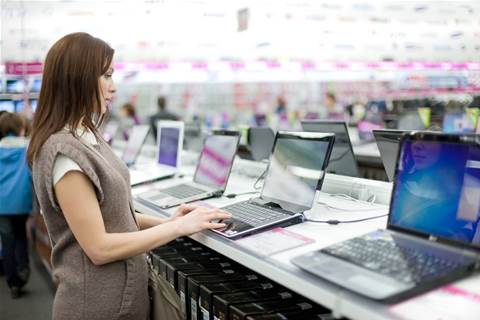 The Australian PC market grew 35.2 percent in the last quarter according to a new report from analyst firm IDC.

The latest data covers sales of desktops, notebooks, workstations and reported a total of 1.422M units sold from April to June.

Shipments for desktops were boosted by the consumer segment, with strong demand for whitebox gaming and all-in-ones, the report showed.

Demand for notebooks across both commercial and consumer segments was 46.6 percent and 52.4 percent growth respectively, bringing the total units to 1.081 million. 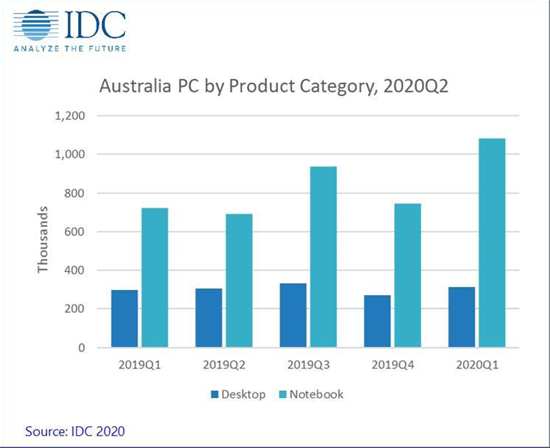 Consumer demand outpaced commercial demand and IDC noted that the preparedness of local retailers coupled with increased use of "click and collect" options facilitated the growth in sales.

“Consumers are looking to purchase notebooks more than any other devices, due to the increased flexibility and productivity they offer. Many households also suddenly found themselves in need for more notebooks, as parents and children each need their own devices for work and study,” Lowell said.

“Gaming PCs also saw huge growth as people are looking for indoor entertainment and many turned to gaming to fill time or socialise virtually.”

Monitors saw a similar trajectory to the PC market, growing 53.7 percent year on year. IDC attributed this to the increase in home office requirements and said demand for gaming monitors also increased significantly, similar to that of gaming PCs.

IDC predicted that Australia’s PC market will continue on a strong trajectory in the third quarter of 2020, with expected growth in excess of 8.3 percent.

“The consumer market will be the main growth driver. However, the commercial market is expected to slow down, as a lot of buying has happened during the first half of the year. Uncertainty about the future economy will also impact capital expenditure, as businesses, particularly SMBs, will be looking to reduce and streamline costs,' Lowell said.

Grow your software revenue by selling these 5 affordable, essential tools for the modern workplace
By Staff Writers
Sep 15 2020
1:28PM