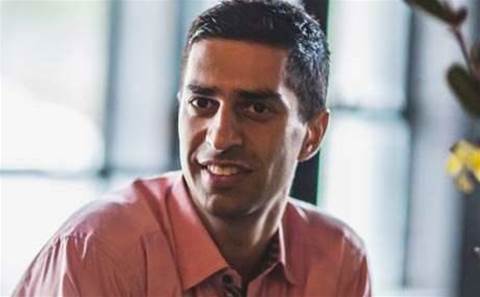 The company, which has under 10 staff, is the only small to mid-sized Aussie reseller on the program, which also boasts major partners such as $157.7 million-turnover Perth telco Amcom, recent iiNet acquisition Adam Internet and a number of major telcos across Asia, including BSNL in India and VNPT in Vietnam.

Nik Devidas, managing director of Fitzroy-based Rock IT, told CRN that the company's connection to DiData's cloud services dated back to BlueFire, the Australian managed cloud company DiData acquired in 2011.

Devidas said: "Through our experience with BlueFire and then Dimension Data in the past few years, we were given the change to give our case to be a OneCloud partner.

"The way the global channel director put it to us is that we will be the smallest player in the group. We would be the only midmarket – everything else would be enterprise," added Devidas.

OneCloud is based on the OpSource platform, a US-based cloud company that Dimension Data also acquired in 2011.

"[OpSource] competes with the likes of AWS, Rackspace and Azure," said Devidas.

He said OneCloud had distinct advantages over those competitors. "There is a fundamental difference between the AWS's and Rackspaces of this world. The analogy is the jackhammer. When you are using AWS, if your next-door neighbour starts jackhammering, you can hear it. The switching layer is based on software. But the OpSource Dimension Data platform is hardware-based."

The OneCloud partnership comes as Rock IT revealed a series of new accounts, including a full cloud solution for an insurance broker, an on-premise solution for Air Asia subsidiary Tune Hotels, a virtual desktop rollout for the Manufacturing Excellence Taskforce of Australia and a hybrid cloud solution for the Village Vets franchise group.

Devidas said that "July 2013 was the starting point of what will be our biggest growth period".

"At October 31, we had already turned over more than 50 percent of last year’s revenue."

"OneCloud is – unlike, say, a traditional vendor style reseller program where the programs are designed for thousands, if not tens thousands of resellers globally – our program is a partner program, we mean it more of true sense.

"You will not see us sign up thousands of partners globally. Our model is fewer, deeper relationships.

"Rock IT is a good example. We have known them for a long time, we believe in Nik and the team and what they are trying to achieve," added Pozniak, an Australian who was formerly chief executive of BlueFire.

"We are just coming past the first anniversary of the program. If we have 100 partners globally in three of four years' time, that would be enough, as long as those partners are selling successfully in their market."

Pozniak told CRN that appointing Rock IT was a matter of "picking the winners". He added that there would be more opportunities for similar-sized Australian resellers to join OneCloud.

"By nature of the scale of Rock IT, there is an opportunity for more players in the Australian market. We would consider the geographic representation. For example, while Amcom are a national player, a significant part of their business is in WA. So that is a consideration. That would indicate there is more room.

"The smaller players often have a vertical orientation, so there may be a chance to address some verticals," added Pozniak.

"At this point in time, the program is not full and there is room in Australia to expand the partner community."