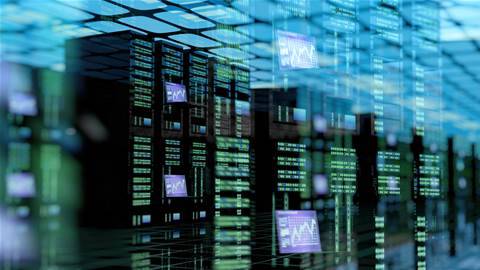 The Australian enterprise server market is set to grow at a compound annual growth rate (CAGR) of 6.3 percent to reach approximately $1.8 billion (US$1.3 billion) by 2025, according to analyst company GlobalData.

This growth will be spurred by ongoing digital transformation and modernisation efforts, the company said, further driven by the increased demand for working from home and ecommerce solutions.

“Growing adoption of disruptive technologies such as AI, IoT and big data and analytics by enterprises to improve their operational efficiency and enhance their digital services will necessitate investments in robust compute infrastructure that can support such workloads between 2020 and 2025,” GlobalData technology analyst Saurabh Daga said.

In response to demand for public and hybrid cloud solutions, several Australian data centre providers have announced new or expanded data centres across the country.

In Sydney alone, NextDC has plans for a massive 300MW facility, Equinix is expanding its 54MW SY5 data centre – its largest data centre in Australia to date – and Macquarie Data Centres has a 32MW site planned, both also in Sydney. DCI Data Centers has a new build planned for Adelaide, as well as an expansion to one of its existing sites.

GlobalData also points to the Australian Government's efforts to make digital technologies a key driver of the pandemic recovery with its $1.2 billion Digital Economy Strategy that will see emerging tech like 5G and artificial intelligence adopted at a higher rate, and stimulate the demand for IT infrastructure components.

Managed server services are set to grow at an 8.6 percent CAGR, higher than the overall server growth rate.

“While most enterprises in Australia have come out of the COVID-19 induced slowdown, the need to keep their IT spending in check will prompt them to consider third-party management of their server environment. Additionally, the growing complexity of deploying and managing advanced server infrastructure in-house is also likely to encourage enterprises to choose managed service providers,” Daga said.

Low-end servers will contribute the largest share of the total market value followed by mid-range and high-end servers respectively.

“The federal budget’s provisions for the setting up of a National AI Centre and four AI and Digital Capability Centres to accelerate the adoption of transformative digital technologies among SMEs will be a key driver for the growth of server spending in this segment.”