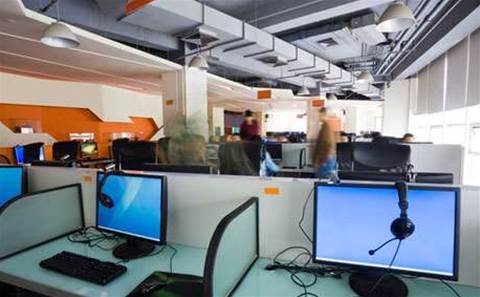 With debate about future NBN speeds continuing, it's with interest that we noticed a report claiming 66% of Australian SMEs are "satisfied" with their upload and download speeds.

That's according to a survey of 1,800 small and medium enterprises, the results of which are included in the recently published Sensis e-Business Report.

That's the positive. The report also states that 22% of respondents "reported feeling dissatisfied" with their upload and download speeds (and 12% were "neutral").

Interestingly, wireless is proving increasingly popular with businesses - 43% of participants with broadband in this survey have wireless (though ADSL is still far and away the most common type of connection).

More than a quarter of survey participants with an Internet connection plan to get faster connections in the next 12 months.

But it's the "satisfaction" levels that interest us the most. Make of those what you will - it's one thing to say you're happy now, but whether you could actually make use of faster Internet in the future is a different story.

While this survey has nothing to do with the NBN, we can't help wondering what those same participants would have said about that service. Quite a few small business owners surveyed for a Roy Morgan report released earlier this year didn't expect any benefit from the NBN.

7 steps to MSP success: from pricing to specialisation
By William Maher
Sep 30 2013
1:27PM