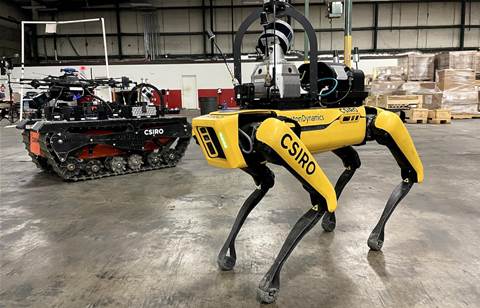 An Australian team of robotics experts have made history by securing second place at an international robotics competition that is referred to as the ‘Robot Olympics’.

The CSIRO led team beat out teams from some of the best and brightest institutions across the globe, including a combined NASA Jet Propulsion Lab (JPL) and MIT team, as well as those from the California Institute of Technology and Pennsylvania-based Carnegie Mellon University.

The competition, officially known as the DARPA Subterranean Challenge, was held in the Louisville Mega Cavern in Kentucky.

It involved robots exploring an underground environment to find ‘artifacts’, such as models of injured people, backpacks or phones.

Points were gained by identifying the location of an artifact to within 5 metres, as well as for mapping the terrain, and maintaining autonomy and communications throughout.

The team was made up of members of CSIRO Data61’s robotics spin-out company Emesent and Georgia Institute of technology, and, of course, six autonomous robots.

The Aussie team actually gained the same score as the winning team, the US-based CERBERUS, and the final ranking came down to who found the last artifact the soonest.

“We are the first Australian team to place in the top two at a DARPA robotics challenge. This cements CSIRO’s place as a world leader in robotics and puts Australia firmly on the map in this increasingly important area of science. I’d like to thank team partners Emesent and Georgia Institute of Technology for their exceptional research and development and contribution to this amazing result.”

The Brisbane Times reported that the robots included flying and track wheeled drones, as well as two dog-like robots called Bingo and Bluey, named after the ABC’s cartoon dog.

Emesent co-founder and CTO Dr Farid Kendoul said, “Congratulations to the winners of the DARPA Subterranean Challenge. It’s great news for Australia, and I am so proud of team CSIRO's Data61 placing second, and the contributions that Emesent made over the three years to advance the team's state-of-the-art robotics and showcase the capabilities of Australian companies on a global stage.”

Kottege added that the team would “now focus on translating the technology and capabilities developed from this project to solve some of Australia’s greatest challenges.”