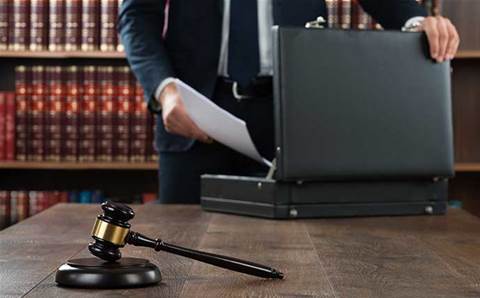 A second legal threat made to Australian tech startup GetSwift in February has come to fruition, with the company facing one class action in the Federal Court already.

The troubled startup this morning confirmed law firm Corrs Chambers Westgarth had launched legal action against it. The class action will be led by litigation financier Vannin Capital, which earlier this year wrote it was seeking court action on behalf of aggrieved investors who had purchased GetSwift shares between 24 February 2017 and 19 January 2018.

According to a Getswift release to the ASX this morning, Vannin will fund applicant Shaun McTaggart, who through Corr Chambers Westgarth argues that GetSwift made “misleading and deceptive statements to the market in relation to contractual arrangements said to have been reached with large service providers”.

The accusations directly resemble an earlier class action filed by law firm Squire Patton Boggs in the Federal Court of NSW, which claimed GetSwift made announcements exaggerating the revenue potential of contracts with FruitBox, Fantastic Furniture and the Commonwealth Bank when the contracts were not firmly established.

Both proceedings are listed for hearing on 29 March, according to GetSwift, which has engaged law firm Quinn Emanuel and will contest the accusations.

In the Squire Patton Boggs case, applicant Dwayne Perera claims losses for himself and on behalf of other investors for “overhyped” announcements.

"The applicants allege that GSW and its director, Mr MacDonald, engaged in misleading and deceptive conduct in trade, and compensation for failure to comply with the company’s continuous disclosure obligations contained within Rule 3.1 of the ASX listing rules and section 674 of the Corporations Act 2001.” Squire Patton Boggs wrote last month.

Eliminating departmental friction within MSPs
By Michael Jenkin
Mar 27 2018
10:52AM