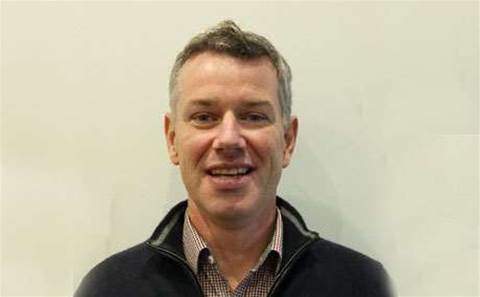 It's not often a reseller becomes a vendor over the course of a project, but that's the situation Australian integrator Ascom Integrated Wireless has found itself in.

The firm has completed a medical communications project in Melbourne, its first after being bought out by vendor Ascom this year.

The change in ownership has resulted in a lot more support, said sales and marketing director Feargal O'Farrell.

"Because we were a reseller for ten years, it's been quite interesting to be on the outside then coming in to the family. We now have a lot more resources from headquarters and a lot more input," said O'Farrell.

"We are feeling the love."

Ascom Wireless Solutions globally has 1200 employees, with presence in 12 countries. The Australian integration arm, Ascom Integrated Wireless, was formerly the exclusive reseller before the recent buyout.

The IT provider implemented a nurse call system, with Ascom providing wireless devices for nurses to have with them at all times.

"Our Unite application layer takes care of mapping the patient to the correct nurse. And if there's no response, escalating to another nurse or group of staff."

O'Farrell said the system now allowed nurses to prioritise calls that they receive.

"A patient might be lying in bed, is in pain and would like medication. Our system allows him or her to get through to right nurse quickly. At the other end, the nurse understands the severity of request and ensures patient gets the appropriate response. If the patient just wants a glass of water, then the system enables the nurse to prioritise the request in the midst of what they're doing."

The Wyndham project involved six staff from Ascom and was completed in January. Marketing co-ordinator at Ascom Integrated Wireless Adam Jaffe said that typically such deployments took six months "depending on size and complexity".

Chief executive of Wyndham Private Medical Centre, David Gibson, said: "We believe the functionality of the integrated system with phone calls, text messages and applications will help enhance the way we communicate."

"This was our second road show in the last three-four months," O'Farrell told CRN. "This time we hosted a lot more people from our entire ecosystem – implementation partners, technology partners, and end customers. We had a broad mix of stakeholders attend."