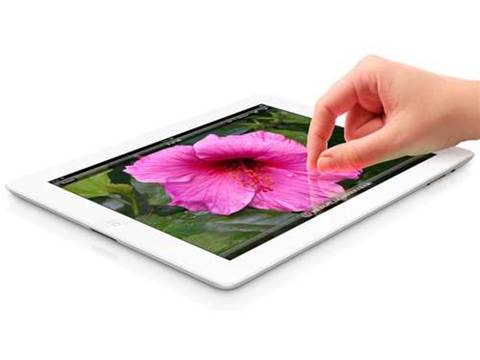 Australian buyers will be among the first to get their hands on Apple’s new iPad tomorrow.

The consumer giant yesterday announced the latest iteration of its flagship tablet will go on sale in all Apple stores across Australia on Friday, and eight countries including the US and UK at 8am March 16.

The new iPad will arrive in New Zealand and several European countries from March 23.

Telstra will open its George St, Sydney and Bourke St, Melbourne stores at midnight tonight to new iPad customers. It will also retail the device through its Business Centres from 8am tomorrow morning.

Telstra spokesperson Rod Bruen told CRN this was the second midnight opening for the telco, having previously opened its doors early for the iPhone 4.

“We’re very excited and there’s customer demand for it,” he said. “There’s lots of interest around, and there’s a buzz already today at our George St store.”

Optus and Vodafone have confirmed they will stock the iPad from tomorrow morning on various plans. Optus's new iPad web page is yet to go live, but plans range from $19.95 p/m to $49.95 p/m.

Customers have been able to pre-order the new iPad online since its launch on 8th March, though Apple yesterday confirmed pre-orders had sold out. Those who ordered the tablet after the March 8 announcement will be forced to wait an extra week for delivery.

The original iPad 2 will continue to be sold alongside the new iPad and has had its price slashed down to $429 for the 16GB wi-fi model and $569 for wi-fi + 3G.

Related: Everything you need to know about the new iPad