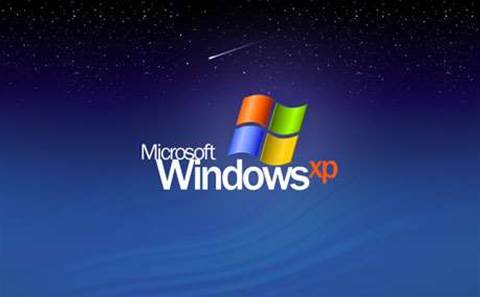 The latest numbers from traffic analysis outfit StatCounter has revealed that Australia is faster than many other nations in replacing Windows XP, continuing the trend reported by CRN in February.

The news comes less than a week out from 8 April, the day Microsoft will end support for the almost 13-year-old operating system.

According to StatCounter Global Stats, Windows XP is the fourth most popular operating system in Australia with 7.8 percent share in March – a decline from 12.1 percent this time last year.

Windows 7 leads the market at 51.1 percent while all versions of Mac OS X take second with 21.3 percent.

Windows 8 overtook XP in third with an 8.2 percent share, while Windows 8.1 rounds out the fifth place with 6.2 percent. Combined, version 8 and 8.1 hold 14.4 percent of the market.

In the Oceania region as a whole Windows XP is in fourth position with an 8 percent market share.

The stats are based on more than 15 billion page views per month across the StatCounter network of more than three million websites.

StatCounter found that Windows 7 continues to dominate the global space with 54.7 percent of the market, while Windows XP came in second at 18.6 percent and Mac OS X in third with 8.6 percent.

However, combining the share of Windows 8 (7.8 percent) and Windows 8.1 (4.5 percent) puts the Microsoft OS into third place with a worldwide share of 12.3 percent.

StatCounter chief executive Aodhan Cullen said: "Despite the stark warnings and publicity surrounding the end of support in six days' time, it appears that significant numbers of people are still using XP and sleep walking into a potential minefield of security and virus risks."

Microsoft Australia is also ramping up its messaging as the countdown to end-of-life nears.

The vendor brought photographer Charles O'Rear, the man responsible for the iconic 'Bliss' default wallpaper for Windows XP, to Australia.

The software giant took the opportunity to remind consumers and business owners of potential security risks that may arise once Microsoft ditches the veteran OS.

Windows product manager Emmanuele Silanesu said: "While internet access brings a wealth of benefits, it can also be a hotbed for cyber criminals. So it's really critical that consumers who still own Windows XP devices recognise that it's not just about upgrading to something new.

"This is about protecting your home devices from security threats, especially if you are using the internet," said Silanesu.