Australia joins US condemnation of Russia over 'NotPetya' attack 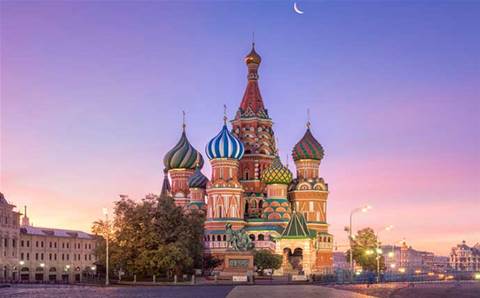 The Australian Government has joined the US and UK in its condemnation of Russia over the 'NotPetya' malware attack of June 2017, which brought business and critical infrastructure to a halt.

In a statement released by the department of law enforcement and cybersecurity, the Australian government stated that through consultation with the US and UK governments, as well as local intelligence agencies, it had found the incident to have been perpetrated by Russian state-sponsored actors.

"The Australian Government condemns Russia’s behaviour, which posed grave risks to the global economy, to government operations and services, to business activity and the safety and welfare of individuals," the statement read.

"The Australian Government is further strengthening its international partnerships through an International Cyber Engagement Strategy to deter and respond to the malevolent use of cyberspace."

The White House this week officially blamed Russia for the devastating 'NotPetya' cyber attack last year, joining the British government in condemning Moscow for unleashing a virus that crippled parts of Ukraine's infrastructure and damaged computers in countries across the globe.

The attack in June of 2017 "spread worldwide, causing billions of dollars in damage across Europe, Asia and the Americas," White House Press Secretary Sarah Sanders said in a statement.

"It was part of the Kremlin’s ongoing effort to destabilise Ukraine and demonstrates ever more clearly Russia’s involvement in the ongoing conflict," Sanders added. "This was also a reckless and indiscriminate cyber attack that will be met with international consequences."

The US government is "reviewing a range of options," a senior White House official said when asked about the consequences for Russia's actions.

Earlier on Thursday Russia denied an accusation by the British government that it was behind the attack, saying it was part of a "Russophobic" campaign that it said was being waged by some Western countries.

The so-called NotPetya attack in June started in Ukraine where it crippled government and business computers before spreading around Europe and the world, halting operations at ports, factories and offices.

Britain's foreign ministry said in a statement released earlier in the day that the attack originated from the Russian military.

"The decision to publicly attribute this incident underlines the fact that the UK and its allies will not tolerate malicious cyber activity," the ministry said in a statement.

"The attack masqueraded as a criminal enterprise but its purpose was principally to disrupt," it said.

"Primary targets were Ukrainian financial, energy and government sectors. Its indiscriminate design caused it to spread further, affecting other European and Russian business."