Australia ranks 50th in the world for average internet speeds at 9.6Mbps 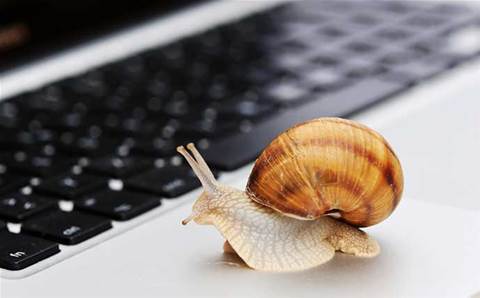 Australia is ranked 50th in the world for its average national internet connection speeds, lagging just behind the likes of France, Qatar, New Zealand and Thailand, according to a report conducted by Akamai and posted to comparebroadband.com.au.

Among several metrics, the report charted national average internet speeds, in megabits per second, for 2016 and determined Australia’s ranking based on an average internet connection speed of 9.6Mbps.

Developing countries such as Thailand, ranked 36th, and Kenya, ranked 43rd, speed ahead of Australia at 11.7Mbps and 11Mbps, respectively. Our closer neighbours to the north in Singapore (18.2Mbps), world number two Hong Kong (20.1Mbps) and Japan (18Mbps) dominated the global top 10. South Korea took the top spot worldwide with an average connection speed of 26.3Mbps.

The study also tracked the year-on-year percentage change, which showed Australian internet saw a 23 percent increase in speed. In fact, speeds increased across the entire Asia-Pacific region, with the greatest change seen in the region’s lowest ranked country, India, with a 2016 average connection speed up 63 percent to 4.1Mbps.

Despite the gains made toward increasing Aussie internet speeds, more than 23 percent of Australians still suffer an internet connection averaging less than 4Mbps. The report referenced the NBN’s objective to address this poor data rate.

“In neighboring Australia, the National Broadband Network (nbn) announced it was on track to roll out universal broadband access at minimum speeds of 25Mbps, with 40 percent of the country having gigabit-speed access by 2020,” the report stated.

“(The NBN) faced protests in the third quarter for its high fees, which include both a per-user access fee and a usage-based fee — the latter being priced at roughly A$15.75 per Mbps.

“Local telecommunications executives have warned that the high fees would cause customers to avoid high-speed internet plans and could also make the retail isp business economically unviable.”

The top 10 countries, many of which will not come as a surprise, were: South Korea, Hong Kong, Norway, Sweden, Switzerland, Singapore, Japan, Finland, Netherlands and Latvia.

The countries at the bottom of the pack included Yemen, with an average connection speed of 0.7Mbps; the only country listed to have an average speed below 1Mbps, and Syria and Libya, with speeds of 1.1Mbps and 1.2Mbps, respectively.