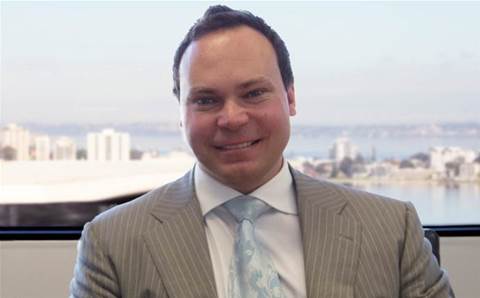 National solutions provider Empired has posted a $1.1 million profit in the first half of the 2017 financial year ending 31 December 2016.

In the previous year, the company started the first-half period with a net loss of $3.7 million, which it followed with a $2.1 million profit in the second half, ending the 2016 financial year reporting a $1.7 million loss.

Russell Baskerville, Empired's managing director and chief executive, told CRN this was a record first half for Empired.

Headquartered in Western Australia with interests internationally, Empired's domestic revenue represents 62 percent of the company's overall revenue. The Western Australian business is experiencing solid growth across all sectors, while the east coast business has improved but remains subdued. The remaining 38 percent of revenue comes from overseas businesses including New Zealand and the US.

Empired has managed to reduce its net debt by $3 million to $30 million from December 2015. Overhead expense reductions due to a new operating model also helped the business. Baskerville assured CRN there were no redundancies as a result of the new operating model.

Baskerville said: "Our confidence in a strong second-half performance and continued growth in FY18 is underpinned by a solid pipeline of sales activity, increased levels of recurring revenue and services aligned to growth areas of the market."

Empired also sees an opportunity in the Australian market stemming from the acquisition of some of its key competitors by international firms.

"We have a number of programs underway to continue to drive margin improvement, including the ramp up of our delivery centre in Bengaluru, improved operational systems to drive improvements in utilisation and a more efficient, lower-cost operating model," Baskerville added.

Empired closed its 2016 financial year with a total revenue of $160 million.