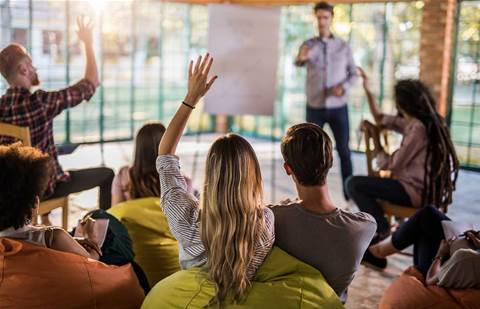 Without revealing the purchase price, the organisation said it would invest $7.5 million over the next three years into its acquisition of River City Labs Group in a bid to support new tech businesses.

River City Labs Group was founded by Steve Baxter in Brisbane in 2012 with the stated mission of fostering the growth of tech scale-ups in Queensland. ACS reported that in May, Baxter sought expressions of interest from the industry to take over his business.

The company provides a number of start-up related programs in Australia, including River Pitch, a startup mindshare event, RCL Accelerator and Startup Catalyst, an excursion initiative that takes budding entrepreneurs to tech hotspots like Silicon Valley, Berlin and Israel. The RCL Accelerator has fostered the development of 28 Queensland startups, according to ACS.

ACS intends to retain the company’s structure and staff as an independent entity, with Baxter expected to continue to be involved in a consulting capacity.

“After six amazing years, I’m truly excited to see RCL evolve. When we launched this process it was about finding the right custodian for RCL, not just to maintain business as usual but to take it to the next level,” Baxter said.

“ACS came to the table with fresh new ideas, a compelling vision for supporting tech entrepreneurship in QLD and beyond, and a willingness to invest. There are so many people who’ve contributed so much to this journey, thanks to all of you. But don’t go anywhere – the job has only just begun.”

ACS president Yohan Ramasundara said the organisation was excited by the prospect of growing Baxter’s business.

“ACS’ vision is for Australia to be a world leader in technology talent, that fosters innovation and creates new forms of value. We understand that new jobs growth in a digital economy comes from tech start-ups, and we are pleased to be in a situation where we can contribute to growing the tech ecosystem both in Queensland and more broadly across the country,” he said.

The ACS noted that more than 700 startup founders had set up office at River City Labs since its foundation.

Cloud application revenue made easy
By Michael Jenkin
Sep 7 2018
9:32AM