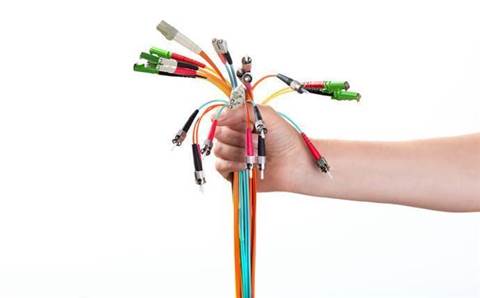 The number of Australians that have migrated to fibre broadband connections has nudged ahead of DSL as the second most popular internet access connection.

By comparison, DSL subscribers dropped by more than 1 million in the same period, and is now behind fibre at 3.2 million connections. That represents a 23 percent year-over-year decrease from 4.2 million subscribers in June 2017.

Mobile wireless meanwhile remains the most popular internet connection at 6.56 million, a 7 percent increase from 6.1 million last year. Cable connections came in at fourth place with 937,000, down from 1 million in June 2017.

The ABS also recorded the total volume of downloaded data between April to June, which came in at 3.8 million terabytes, 28 percent more than the same period last year at just under 3 million TB.

Data downloaded via a fixed line service accounted for 96.8 percent of all downloads within the period, or 3.7 million TB, with data from wireless connections totalling just over 123,000 TB.

Data downloaded from mobile handsets were also higher at 247,000 TB for the period, up 40 percent from 175,000 TB last year, despite subscriber numbers remaining steady at 27 million.

The data is taken from the bureau’s Internet Activity Survey, which it said is the final issue before the Australian Competition and Consumer Commission takes over from December this year onwards.

Last year, iTnews reported that the ABS revealed plans to cease collecting data on internet activity and household IT product usage as part of an effort to save millions of dollars.

Grow your software revenue by selling these 5 affordable, essential tools for the modern workplace
By Nico Arboleda
Oct 3 2018
6:52AM