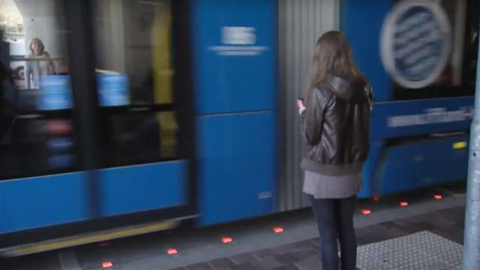 If you're a dedicated Twitter user like me, you'll often find it hard to look away from your screen – even when doing more important tasks like crossing the road. So, to stop smartphone addicts like myself being killed, the Australian government is trialling traffic lights on the road – and it's going to cost $250,000 to do it.

“Pedestrians are less protected in a road crash, and are therefore more likely to be seriously injured or killed,”  Centre for Road Safety executive director Bernard Carlon told Mashable Australia. “This is why we need to create a road system that keeps them safe, and this includes situations when they may not be paying attention."

The lights will be installed in five as yet unannounced locations in Sydney and the trial will last for six months. The project might sound ridiculous at first, but it's been introduced to combat a very real problem: In 2015, 61 pedestrians were killed in New South Wales, and that's over 40 percent more than the year before.

We don't really know what the lights will look like yet, but we can get an idea from a similar trial conducted on the other side of the world; in Augsburg, Germany. The project there began this April, and uses a strip of lights embedded into the pavement to stop smartphone users wondering onto train tracks.

Grabbing the hybrid cloud opportunity with Lenovo and Azure Services
By a Staff Writer
Jun 2 2016
5:10PM