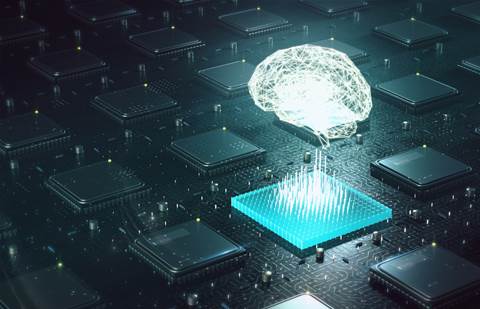 The head of research body The Australian Institute of Machine Learning (AIML) has slammed the Australian Government for not spending enough on artificial intelligence capability.

AIML director Simon Lucey said at the Technology in Government conference today that investing in AI would lead to foreign investments into Australia.

“The Australian Government has a once in a generation opportunity for societal and economic change for AI, and it’s ours to seize. We have amazing capability here,” Lucey said.

The AIML is a research and development organisation operating under the University of Adelaide’s School of Computer Science, specialising in machine learning, artificial intelligence, computer vision and deep learning.

Lucey said prior to his appointment to lead the institute in 2020, he found Uni Adelaide was consistently ranked high globally in terms of AI research and claimed that virtually no one in Australia’s government, academia and tech industry was aware of this reputation at the time.

“Australia has all this innovative power but we don’t let people know about it,” he said.

“Most countries would give their left arm to be in the position we are in in terms of machine learning and AI, even if there’s no way Australia can outspend the US or China in terms of AI because of the excellence we have in the research departments.”

Lucey said a major barrier of entry is OpenAI’s language model Generative Pre-trained Transformer 3 (GPT-3), which is estimated to cost US$4.6 million just to train.

“That’s the budget of a seed round for a small company, making that infeasible for most companies,” he said.

“It also speaks to the issue that there's an unevenness at the moment that big tech companies have over smaller to medium enterprises, which don't get the same benefits.”

GPT-3, which was launched in 2020, has a capacity of 175 billion machine learning parameters and is part of a trend in natural language processing (NLP) systems of pre-trained language representations. The technology is regarded in the industry for being able to generate high quality text that can be difficult to determine whether or not it was written by a human. Microsoft has licensed GPT-3’s exclusive use since 2020 and has sole access to its underlying model, though others can use the public API to receive output.

Lucey added that Australia is in an awkward position where its economy is not very complex with only a few sectors seeing heavy investments.

“We should be investing in technologies that can actually cut through sectors and actually create more opportunity for capability building,” he said.