Australian IT wages in cybersecurity, project management soar over past five years 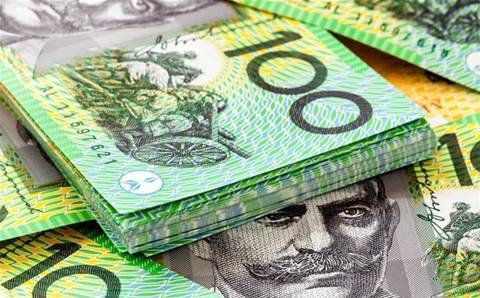 IT wages outpaced the Australian average between 2011 and 2016, according to 2016 Census data.

Broader income data shows that national average wages for all occupations were up 16 percent in the five years to $78,832, while the average for ICT workers was up 19.6 percent to $101,272.

The Australian Bureau of Statistics data shows that average incomes grew by more than 30 percent in high-demand positions such as security specialist, which now carries an average salary of $112,996, ICT managers ($120,900) and project managers ($121,576). CIO wages grew about 22 percent to $120,328.

“As public and private enterprises turn to IT as an operating mechanism to improve productivity, expand marketplaces, enhance service delivery and impact the bottom line, a skilled and well-remunerated workforce is critical,” he said.

“It is no surprise that specialists in areas such as cybersecurity, project management and IT management are reaping the rewards as IT’s role in operations becomes critical.

Hudson added that while it was a good time to be an IT professional based on the wage data, he took aim at political factors that could still be holding the sector back.

“At the moment, hovering menacingly over the industry’s local potential, we have an appalling NBN fiasco, a faux innovation plan, attacks on education costs and a skilled foreign worker visa scheme that is open to exploitation as a cost reduction mechanism for large organisations,” he said.

“The industry is a political football and large amounts of money and human resources are being deployed in the wrong places.

“In an economic outlook largely devoid of good stories on jobs and wages growth, IT is a beacon industry that deserves much higher priority in political discourse and focus on making informed decisions at the highest levels of government so that the industry can continue to prosper.”