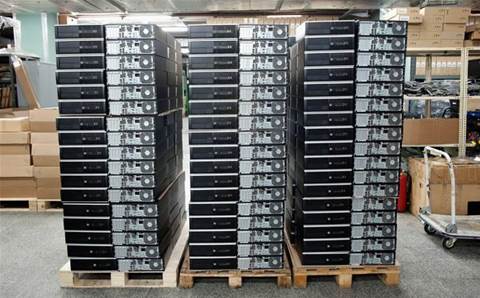 Research firm IDC said shipments were up 8.8 percent year-over-year for the second quarter of this year to just over 1 million units, with commercial sales growing 16.1 percent and consumer sales declined slightly by 0.4 percent.

Notebook shipments specifically are up 12.5 percent on the back of growth in ultraslim notebooks, which were up 28.4 percent, and a 26.8 percent increase in convertible notebook sales.

Another contributor to the growth was public sector sales, with 28.3 percent more shipments year over year for the period, primarily driven by procurement from the Department of Human Services and education contract renewals.

The top three PC vendors also saw double-digit growth, with HP maintaining its market leader position. Dell saw the most growth at 20.9 percent due to growth in SMB and small government contracts, with HP posting a 15.7 percent increase due to its strong retail presence.

Lenovo also benefited from a large government contract and its consistently strong business segment, jumping to third place ahead of Apple in the PC market share with 11.6 percent growth. 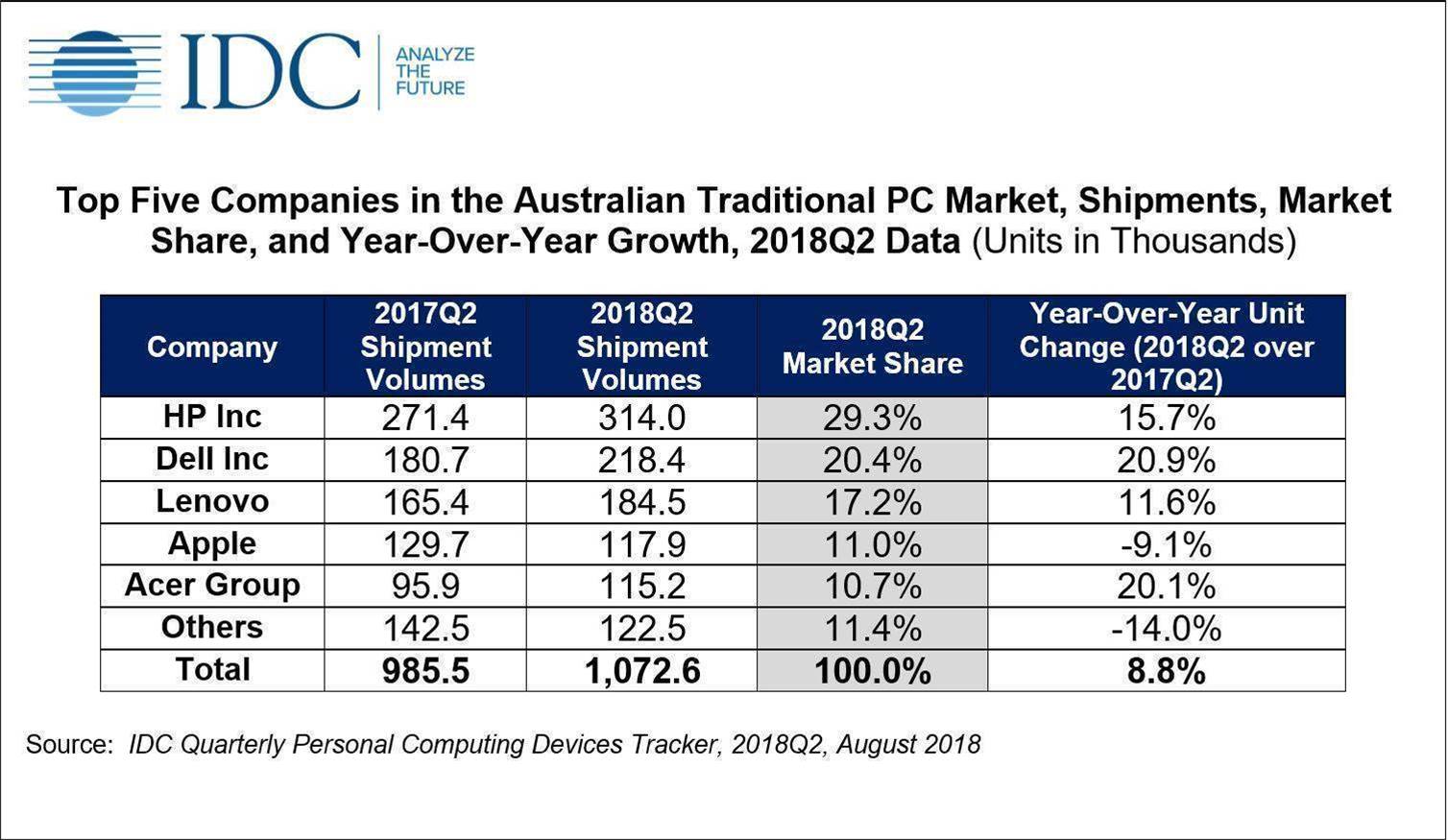 Meanwhile, consumer sales remain on the decline despite rising consumer confidence levels brought on by income tax cuts. IDC said some factors included an increasingly longer lifespan for traditional PCs and the trend of web use continuing to shift towards smartphones.

Gaming notebooks, however, are a bright spot within consumer with a 12.8 percent growth, although gaming desktops took a nosedive with a 24.2 percent decline, partially due to impending new releases of gaming graphics cards, with consumers delaying purchases until later in the year.