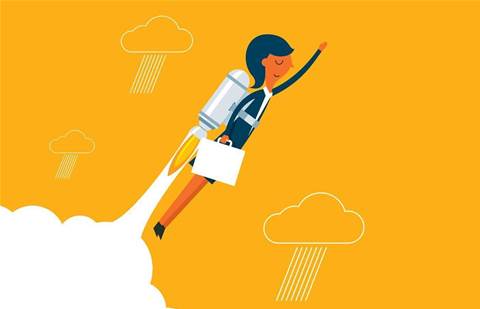 The Australian infrastructure as a service (IaaS) market surged to A$1.4 billion in total revenue in 2020, research from Gartner revealed.

In comparison, the market grew 40.4 percent from $1 billion in 2019, as Australian organisations accelerated their commitment to public cloud.

AWS, Azure and Google Cloud remain the biggest vendors, accounting for 70 percent of the market. While seeing its market share decline, AWS remained the top vendor, followed by Microsoft and Google.

“Leading cloud providers continue to invest locally to overcome the tyranny of distance. It’s no longer just about Sydney or Canberra. They are adding new regional capabilities spanning from Perth in our west, Auckland in the east, Jakarta and Kuala Lumpur to our north and Melbourne in the southeast.”

However Alibaba Cloud is the third biggest vendor globally behind AWS and Azure, with 9.5 percent of the market compared to Google Cloud’s 6.1 percent. Huawei was the fifth largest vendor.

Azure meanwhile grew close to 60 percent to US$12.7 billion in revenue in 2020, aided by existing Microsoft Azure customers migrating their mission-critical workloads, including those in healthcare, manufacturing and retail.

Eliminating departmental friction within MSPs
By Nico Arboleda
Jun 29 2021
11:02AM