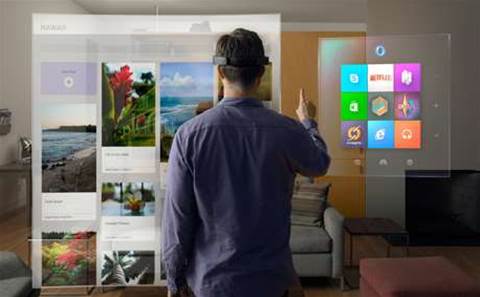 There has been mixed reaction from Australian resellers that CRN spoke to about Microsoft's Windows 10 and related technology announcements today.

Some told CRN that they had watched the webcast early this morning, while one reseller was actually in the US to see the event unfold live.

Fast50 company ZettaGrid's chief technology officer Nicki Pereira said that he was impressed, even though he is by no means a Microsoft fanboy.

"Coming from someone who still uses Windows 7 with a Mac laptop at home I must say that this is the first Windows release that has got me excited in years," he told CRN.

Microsoft's announcement did not grab managing director of Sydney reseller PicNet, Marco Tapia, in the same way: "I couldn’t see anything that tells me to rush to the store to buy it."

Tapia questioned the strategy of releasing the Spartan web browser. "Why another browser? We have Chrome and others as good as white bread we don’t need another failed venture from Microsoft."

The chief at the Microsoft Gold partner also lamented the perpetual upgrade cycle.

"To me there is nothing in [Windows 10]. But I am sure I will need to upgrade to it one day due to the locking of hardware and Windows," said Tapia, adding, "until the day that Windows loses its monopoly status."

Combo's founder and boss David Markus was in the US to observe the unveiling live, and also worried about the upgrade and patching cycle. "[I'm] happy to see Microsoft moving to OS-as-a-service. The whole version thing has created a real industry headache."

"Just last week in New York City, I observed bus ticket machines running Windows 7. These ticket kiosks are located on hundreds of bus stations in New York. Updating them is clearly not a high priority for the NY Metro but they are now a liability rather than an asset," Markus said.

"The challenge is, how do we get all these systems on line to get all the upgrades so all systems are current, safe and compatible? The live platform is the inevitable future but it will create a new age of technical challenges for business and consumers alike."

Several resellers told CRN that they were more excited about the "peripheral" technology unveilings, such as holograms, Surface Hub and Xbox integration – rather than the Windows 10 OS itself.

"From a personal point of view, the new Surface Hub and Holographic stuff that MS announced at the same time [as Windows 10] are more interesting and exciting in term of how it will potentially change how we communicate and perhaps work in the future," said director of Adelaide business Open Systems Technology, Glenn Nanda.

"Building in Cortana as part of Windows will also be quite interesting but to make it useful MS need to have more localised content information – as I think it is very US centric at the moment."

The holographic innovations also captured the attention of Zettagrid's Pereira: "The HoloLens feature will hopefully lead to much innovation in AR, which also excites me."

Ethan Group's vendor alliance manager Nick Stranks watched the event online and predicted the innovations would be a boost for mobility.

"[The Windows 10] eco system looks amazing," he said. "It will give a push for phones in particular. Xbox and desktop apps working on the phone natively in one ecosystem and one code base – incredibly powerful."

Not hard to beat Windows 8

NetCare IT is both an Apple and Microsoft partner. Managing director Darryl McAllister applauded the free upgrade from Windows 7, saying the move matches what Apple has been doing for years with OSX.

"It's a really good thing for Microsoft to offer free upgrade from Windows 7 within the first 12 months to encourage people," he said. "It's now in line what Apple's been doing. It makes it so much easier for SMBs to standardise - move to a standard platform. It was a pleasant surprise."

McAllister said that Windows 8 and 8.1 were not well received by his customer base. "We've actually not been deploying 8 and 8.1 on desktops for our clients."

Asked what the best feature Windows 10 provided that Windows 8 and 8.1 were missing, McAllister simply said "the Start menu".

McAllister said that he had downloaded the Windows 10 preview onto his home notebook a month ago, but had hesitated about installing it. The latest Microsoft presentation has changed his mind.

"I was impressed… Once the new version comes out I will install it. This morning's announcements really energised me."