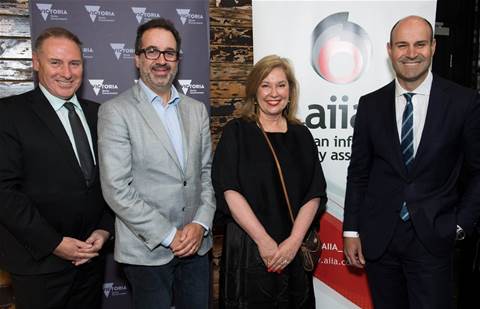 Australia’s peak representative body for the tech sector the Australian Information Industry Association (AIIA) has announced it will move its headquarters to Melbourne.

As part of the move, the AIIA National iAwards will also continue to be held in the city, with the Victorian government remaining a major sponsor for the next four years. The iAwards recognises innovations made by startups, government agencies, corporates and students.

The AIIA is currently headquartered in Canberra, with an office in Sydney CBD. The move to Melbourne will be the industry body’s first physical office in Victoria.

“Following the success of the 2018 AIIA National iAwards ceremony in Melbourne, we’re excited to continue our work with the Victorian Government over the next four years,” AIIA chief executive Ron Gauci said.

“Melbourne is a great base for our national headquarters as we look to further enhance the reputation of Australia’s leading awards program for the technology industry and pursue our strategic imperatives of innovation, skills and digitisation of the economy.”

The AIIA said its move to Melbourne would “boost opportunities for Victorian businesses to work together and grow the performance of numerous local industries”.

“The decision by the AIIA to choose Melbourne as the location for its new national headquarters is a coup for our tech sector and strengthens our position as Australia’s tech capital,” Victorian minister for jobs, innovation and trade Martin Pakula said.

“We look forward to continuing our work with the AIIA and its members to raise the profile of Australia’s innovators who are helping to create the jobs that will support our future economy.”