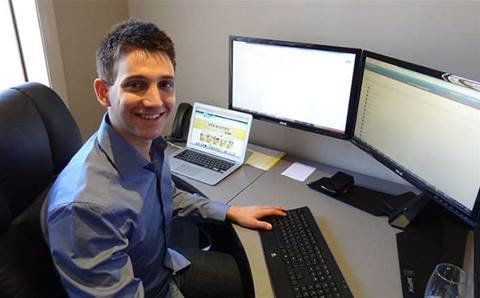 Australian hosting providers Servers Australia and VentraIP have struck a deal allowing both to refocus squarely on their corners of the market – the former focusing on dedicated servers and infrastructure-as-a-service, the latter on virtual and shared web hosting.

Servers Australia has sold its 4,000 shared web hosting customers to VentraIP. In future, the companies will refer suitable accounts to each another.

Melbourne-based VentraIP, the largest independent domain name registrar in Australia, will stop selling dedicated servers and instead market Servers Australia to its customer base. If a user outgrows VentraIP's shared platform, they will be encouraged to migrate to Servers Australia's dedicated infrastructure.

“Servers Australia has one of the best dedicated server platforms in Australia and we will be proud to market it to our customers when they outgrow our shared hosting or virtual server products”, said VentraIP Australia chief executive Angelo Giuffrida.

"Dedicated servers are our bread and butter, and we are very excited to be able to put our full attention on extending our product range while chasing new opportunities in the market, with the added benefit of VentraIP Australia referring their customers who require dedicated servers our way.

“I am very confident that Angelo and the team at VentraIP Australia will take great care of our shared hosting customers and be able to offer them a whole new suite of additional products and services to continue to grow their businesses," Hirst added.

Cheyne Jonstone, executive chairman of VentraIP, said: "In terms of the value to both us and Servers Australia, there was monetary value but it was rolled into the larger cooperative agreement."

Jonstone explained that customers typically would look to upgrade from shared to dedicated infrastructure due to resource limitations. "They will have too much traffic going to their website or have developed a web application that is consuming too much memory or CPU or disk I/O."

VentraIP's platform is hosted at NextDC in Sydney and Melbourne and is based exclusively on Dell servers. It runs a mix of Brocade routers and Extreme Networks Network switches.

Servers Australia runs a similar networking mix, and VentraIP's Jonstone explained that the companies had established a high-speed migration bridge based on Megaport.

Grow your software revenue by selling these 5 affordable, essential tools for the modern workplace
By Steven Kiernan
May 17 2016
12:00PM