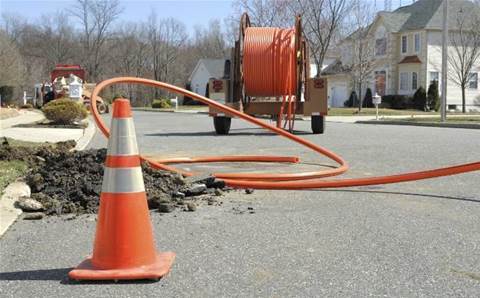 The number of Australians using fibre broadband services more than doubled in the past year to reach 2.1 million, up from 960,000 in 2016.

But while fibre connections surged 123 percent, DSL connections continued to decline, down 15.9 percent to 4.2 million.

The Australian Bureau of Statistics data for the year to 30 June 2017 show Australia now has 13.7 million internet subscribers, not including mobile handset customers, up 500,000 on last year.

Mobile wireless remained the most popular type of internet access with 6.1 million customers, followed by DSL, then fibre with 2.1 million and finally cable with 1 million.

The number of internet connections continues to shift and expand as NBN Co continues its construction of the national broadband network.

NBN Co nearly doubled its network footprint last financial year, and claims to have 2.4 million active connections as of 30 June 2017.

As for mobile handsets, the number of subscriptions grew by 1.5 million from last year to reach 26.3 million, more than Australia's 24.1 million population.

Internet subscribers by type of access connection: ABS
Infogram
Got a news tip for our journalists? Share it with us anonymously here.