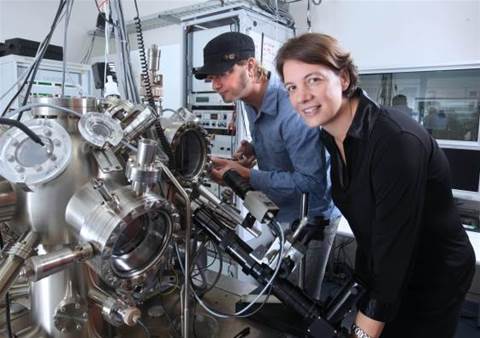 Silicon Quantum Computing’s goal is to create a practical 10 qubit quantum computer in the next five years while keeping Australian intellectual property onshore.

The company will hire up to 40 new staff, including 25 researchers and 12 PHD students, and be based out of the University of New South Wales’ Centre of Excellence for Quantum Computation and Communication Technology.

Funding will go towards building the world’s first practical quantum computer, which will use components developed in silicon to easily scale for commercial manufacturing in the future.

The company is led by UNSW professor Michelle Simmons, who is joined on the board by Telstra chief scientist Hugh Bradlow, Commonwealth Bank CIO David Whiteing, Department of Industry, Innovation and Science secretary Glenys Beauchamp and corporate lawyer Stephen Menzies as interim chairman.

“When we do get to that stage which we commercialise this operation … our customers are going to have access to a computer of unprecedented power and they’re not going to have the faintest clue of how to use it,” said Bradlow.

“It’s Telstra’s aim to be in a position that when that happens, we are skilled and knowledged in knowing how to deliver those services to our customers, which is why we’ve committed $10 million to Silicon Quantum Computing. We look forward to taking its products and putting it into our cloud services offerings in the future.”