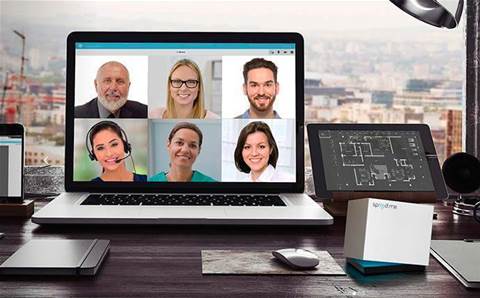 Melbourne-based startup Spreedbox has launched its initial public offering with a bid to raise $4.2 million.

Some 21 million shares will be offered at 20c, allowing for an oversubscription of up to 3.75 million more shares to raise a further $750,000.

The solution allows users to communicate securely within a private cloud, including video chat, messaging and file transfer.

According to Spreedbox, "Today, most organisations utilise online services like Google, Skype, WebEx, GoToMeeting, and BlueJeans for file sharing and communication. But where is your data and who has access to all your confidential conversations, files, videos and personal contacts?

"Sensitive information is often uploaded and shared with these service providers that lack adequate service and privacy agreement that meet your requirements in privacy and confidentiality."

Spreedbox stores data on its 64GB flash memory, with four USB ports for additional capacity. Data can be encrypted on the appliance for remote storage in cloud services such as Google Drive, Dropbox and Amazon S3.

Chairman Neil McDermott said: “The current and proposed directors believe that Spreedbox has the potential to create significant shareholder value.

“The opportunity is compelling due to the market positioning, its value proposition compared to other cloud technologies, and its substantial, global market potential.”

The funds raised will be used to scale up the production of the Spreedbox device to keep up with demand and to pay for the costs of marketing, distribution, research and development, management and  administration.

Spreedbox will appoint more distributors and resellers with the aim of increasing sales, supplementing its current arrangements with 20 channel partners in Australia, Asia, Europe, Africa and South America.