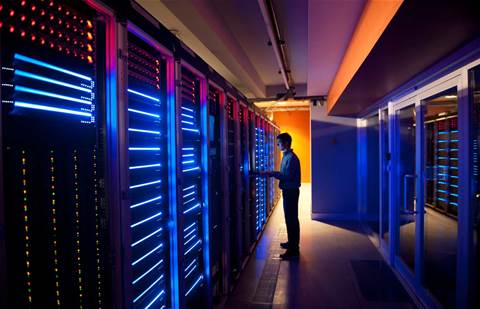 The Australian cloud infrastructure-as-a-service market grew by another 32.5 percent in 2017, totalling $393 million, according to Gartner.

The local growth was in line with improvements in the global IaaS market, which grew by 29.5 percent last year to hit US$23.5 billion.

Unsurprisingly, Amazon Web Services was the clear leader in the global market with 51.8 market share and US$12.2 billion in revenue, up 25 percent in 2017.

Microsoft came in second with 13.3 percent market share, but managed to nearly double its revenue to $3.13 billion.

In at No.3 was Alibaba with 4.6 percent market share, which grew revenue 62.7 percent to cross the US$1 billion milestone.

Gartner research director Sid Nag put the growth down to Alibaba's investment in R&D, and said the Chinese cloud giant had the financial capacity to become a viable alternative to the other global hyperscale cloud providers in some regions.

"This reflects a fundamental change in what and how organisations are consuming technology. Some legacy infrastructure offerings, such as IUS, are seeing lower and slower uptake that impacts the combined IaaS and IUS market," he said.

"Additionally, a groundswell of demand for cloud-skilled personnel is forcing technology providers to change how they compete to meet this exploding demand."

Coming in fourth and fifth were Google and IBM, with 3.3 percent and 1.9 percent market share respectively.

Nag said the market was already consolidating around the top four biggest players - Amazon, Microsoft, Alibaba and Google – which command a combined 73 percent of the IaaS market and 47 percent of the infrastructure utility services market.

"The top four providers have strong IaaS offerings and saw healthy growth as IaaS adoption is being fully embraced by mainstream organisations and as cloud availability expands into new regions and countries," he said.

"Cloud-directed IT spending now constitutes more than 20 percent of the total IT budget for organisations using cloud. Many of these organisations are now using cloud to support production environments and business-critical operations."