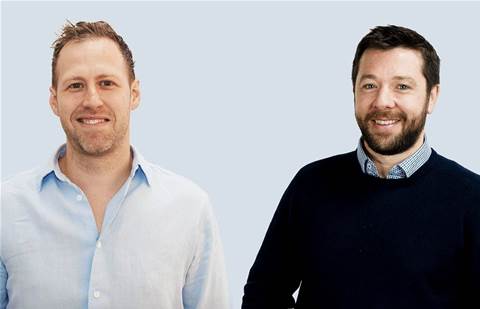 Loud & Clear is a nine-year-old business with more than 100 staff whose capabilities include user experience, digital strategy, marketing automation and custom software development. Partners include Sitecore, Google and Acquia.

The company, which was established in 2009 by brothers Ben and Joel Beath along with Cade Witnish, has grown 300 percent over the past two years, claiming to be Australia's largest independent agency.

The agency has worked with a range of blue-chip Australian customers, including developing a digital platform, chatbot and iOS app to support Telstra's leadership program; updating the customer experience for AGL's 'One Minute Move' service for energy customers changing address; and designing and building a website for Toyota's 86 Racing Series.

Avanade will use the acquisition to set up its first digital innovation studio in Asia Pacific allowing it to "rapidly scale its operations in the region".

The company's digital services centre around the Microsoft stack. It was highly commended at the 2018 CRN Impact Awards for its work with client Open Universities Australia, partnering with Melbourne-based DevOps consultancy Base2services.

Both Avanade and Loud & Clear have Sitecore credentials, with Avanade's work for AGL picking up the Sitecore 'Site of the Year' award.

The acquisition shows that Avanade has similar ambition to its majority owner, Accenture, which has also been actively acquiring in the Australian digital space.

Accenture Australia shelled out $93.9 million to acquire eight companies in 2017 as part of its ongoing strategy to expand its tech and digital portfolio. Its biggest acquisition in the period was creative agency The Monkeys.

Loud & Clear managing director Ben Beath said: "This is absolutely the right time for us to join Avanade to achieve even greater success working on a regional and international scale. It's an exciting time for both companies."

Anna Di Silverio, Avanade growth markets area president, said: "Loud & Clear's digital expertise combined with the agility of their agency approach will enable us to bring the 'art of the possible' to our clients as they look to transform in the digital world.

"We share a similar culture of innovation as well as the experience and expertise required to deliver the best customer and employee experiences, digital marketing, e-commerce and digital advisory solutions for our clients."