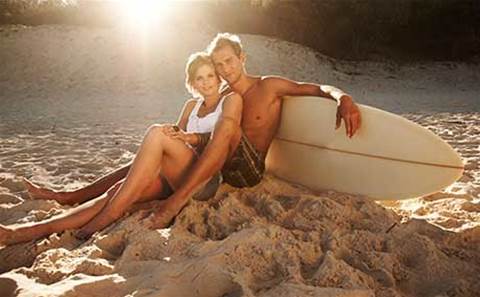 CTI won the vendor's global 'Mid Market Innovation Award' for a project worth more than $300,000 spanning the Avaya stack, from the new Server Edition of Avaya IP Office to a contact centre solution, in-house cellular communications, $80,000 worth of power-over-ethernet switches and around 300 top-of-the-line Avaya 9608 IP deskphones.

The project ran from January to June this year. Products were provided via Vivid Systems, part of Distribution Central.

On a rental model, CTI's solution worked out at around $9,000 per month over three years, cheaper than the $15,000 that City Beach had been paying for the Telstra solution.

City Beach's new telephony system centres on Avaya IP Office Server Edition, which is aimed at 50-2000 users. The primary instance is hosted in MacTel's data centre, with a secondary server on-premise at the City Beach warehouse for redundancy.

As part of the overhaul, City Beach also decided to upgrade its switch hardware, purchasing 65 of Avaya's 24-port PoE switches for the network of stores, the head office and the warehouse. "They looked at HP, which they normally buy, [but] I got a special deal from Avaya since it was 65 switches and they [the client] were happy with the switches," said Herz.

Voice traffic is overlaid on the data networks, not such a big deal for the head office and warehouse, which have fibre connectivity, but an achievement for the store network. "Macquarie have been brilliant with their engineering – their ability to converge voice and data on the same network especially when there was only ADSL2 into the stores," said Herz. (Some of the larger stories have midband ethernet.)

Other components of the project included Avaya's IP Office Contact Centre (IPOCC) for the City Beach warehouse and a DECT system to give warehouse and head office staff "an in-house cellular mobile solution" allowing staff to roam freely.

"Using the centralised Avaya IP Office suite, based on Fabric Connect technology, City Beach has not only reduced cost, but also created an easy-to-manage collaboration environment to ensure its network of stores operates as it should as staff have the resources they need to maintain the brand’s high standards of customer service," said Simonsen.

CTI has evolved into one of Avaya's top Australian partners, and one of only a handful to hold Platinum status. Other Platinum resellers include Telstra, Optus and CCNA, though Herz thought his company was the only midmarket-focused reseller in the top tier.

Eliminating departmental friction within MSPs
By Steven Kiernan
Jul 6 2015
7:25AM