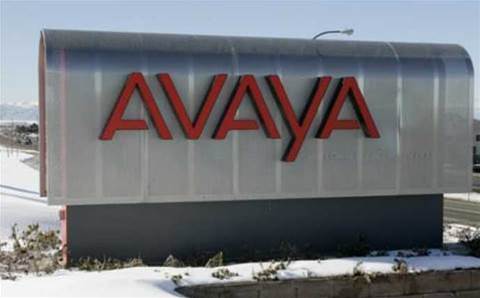 Avaya released a slew of new information regarding its reorganisation plan and strategy to combat its US$6 billion debt, including a failed attempt to sell off its contact centre business, according to a recent filing with the US Bankruptcy Court for the Southern District of New York.

In January, Avaya filed for Chapter 11 bankruptcy in a move chief executive Kevin Kennedy said was the "best path forward." The unified communications specialist recently revealed it filed a reorganisation plan that outlines a path to strengthen its balance sheet.

Here are some key takeaways from Avaya's reorganisation plan, cost-cutting initiatives and expectations for the future.

Avaya said in the filing that it believes its reorganisation plan will reduce its pre-filing debt by more than US$4 billion while strengthening the company's balance sheet and improved financial flexibility for the long term. The vendor said restructuring will be achieved through a debt-for-equity exchange, in which certain secured creditors would acquire 100 percent of the reorganised Avaya's equity. Avaya's general unsecured creditors will share pro rata in a cash pool.

"[This] is a crucial step forward in our effort to recapitalise Avaya's balance sheet and create a stronger and healthier company," said Kennedy in a statement about the filing.

Avaya said its consolidated balance sheet currently has more than US$750 million in cash, according to the filing.

"The company's consolidated balance sheet now has more than US$750 million in cash, reflecting DIP [debtor-in-possession] financing proceeds and positive cash flow from operations," said Kennedy in the statement.

In an effort to combat its debt, Avaya contacted 34 potential purchasers in the hopes of selling its contact center business, according to the filing. Eight potential buyers provided written bids for the contact centre business, including a US$3.9 billion bid. However, discussions with the confidential US$3.9 billion buyer "eventually broke down" and Avaya determined that the proposal was no longer "actionable," according to the filing.

Avaya later received a purchase price of US$3.7 billion for its contact centre business, although the company ultimately declined to pursue the bid, according to the filing.

Avaya also contacted 37 potential buyers for its networking business, including nine financial sponsors, according to the filing. The company received four bids, ranging in value from US$5 million to US$330 million. The US$330 million bidder lacked significant information around the deal structure, regulatory approvals and "typical due diligence" and was dropped out of the bidding.

The second highest bidder was Extreme Networks at US$100 million, which announced its planned acquisition of Avaya's networking business on 7 March.

Extreme Networks entered into an asset purchase agreement with Avaya for its networking business in which Extreme will serve as the primary bidder in a Section 363 sale under the Bankruptcy Code. This means other interested parties can still submit bids before a deadline set by the Bankruptcy Court, potentially giving Avaya the chance to select a higher bid.

According to the filing, final bids are due on 18 May. If Avaya still does select Extreme as the buyer, the transaction is expected to close by 30 June.

To improve operating efficiency and streamline costs and its overall balance sheet, Avaya implemented corporate cost-cutting measures - which contributed to annual cost reductions of more than US$700 million over three years, according to the filing.

For fiscal year 2016, Avaya's unified communications business represented 58 percent of revenue, followed by its contact centre business at 27 percent. Avaya's networking business accounted for 7 percent of the business, while the final 8 percent came from its private cloud and managed services business, according to the filing.

Channel partners accounted for 74 percent of total product revenue in fiscal year 2016, and 54 percent of Avaya's total services revenues, according to the filing.

Kennedy said Avaya's business operations have been running smoothly during the company's transition since filing for Chapter 11 in March.

"Our normal business operations are running well, and we continue to sign significant customer renewals and new customer contracts," said Kennedy in the statement. "We remain confident in our ability to maximise value for all of our stakeholders and to complete our balance sheet restructuring as soon as reasonably possible."

Avaya said in the filing that it plans to continue to honor and maintain its qualified US pension plans, which make up the vast majority of the company's pension obligations. Overall, Avaya said its US pension plan is underfunded, "with an estimated underfunding liability" of US$1.05 billion as of 31 December 2016, according to the filing.