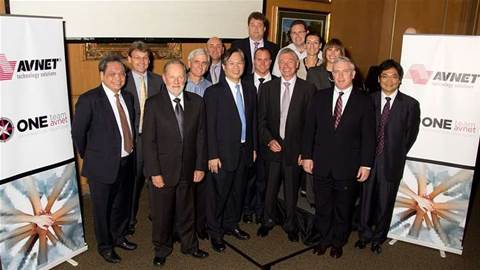 CRN understands that a major executive reshuffle took place to reflect the company's newfound structure, but that there were no staff cuts.

In addition, warehouse facilities and reseller contacts remained unchanged, at least for now.

Avnet has split its business into two distinct units: its core 'IT business' and an 'emerging markets' unit.

The latter was a continuation of itX's new market strategy which included the recent purchases of web hosting company ICO, niche printing vendor Briell Marketing and Sydmed, a distributor of medical devices.

“The focus is really about maintaining the momentum in the short term of what we already have, Sellers told CRN.

"Fortunately itX and Avnet never really competed aggressively in the market place, we’re more complementary than we are adversaries.

Sellers said Avnet aimed to publish an organisational structure "very quickly" and implement it "straight away".

"We don’t want to delay doing that. We want to get the reporting lines settled down and concentrate on business. We’ve got two teams and we’ve got to bring them together as one team as quickly as we can."

Lawless was confident there wasn't a need for any staff cuts because both companies "were running below budget when it comes to head count.

“Where people have left the company for their own reasons, we’ve attempted to not replace them and try and absorb the work load where possible," he said.

“The other thing is that as we enter the new calendar year we can see tremendous growth opportunities in both sides of the business and the goal is to grow faster than the need to downsize.

"This whole thing was about an opportunity to bring to businesses together that can grow, not to bring them together then shrink it together," he said.