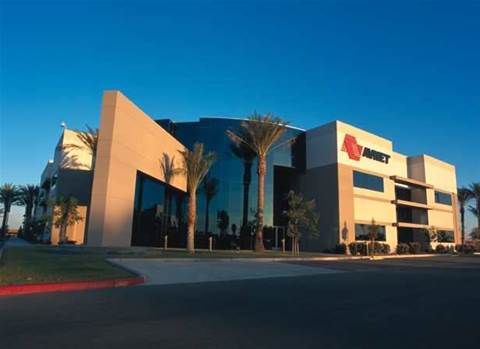 Phil Gallagher is stepping down as global president at Avnet Technology Solutions after more than five years at the helm.

Gallagher, who has been with the Tempe, Arizona-based distributor since 1983, will be leaving Avnet to focus on new career opportunities in line with his personal goals, the company said Wednesday in a statement.

In the global president role, which Gallagher has held since March 2009, he has been responsible for the global performance, strategic direction and day-to-day performance of the company's technology solutions group.

To assist with the transition, Gallagher will stay on board until his successor is chosen. Avnet plans to vet internal and external candidates for the executive position, according to a company spokeswoman, and hopes to have a new leader in place by the end of 2014.

"Phil is a well-respected, 31-year veteran of the company," Rick Hamada, Avnet CEO, said in a statement. "We are well positioned to create the robust solutions our customers need, and we thank Phil for his valuable contributions to the business."

Hamada specifically credited Gallagher's team with adding strategic suppliers, technologies and services to Avnet's portfolio, as well as expanding the company's footprint in the Americas, Asia Pacific, Europe, the Middle East and Africa.

Gallagher told CRN US in August 2011 that, thanks to global sales growth, North America had gone from constituting 65 percent of Avnet's sales in the late 2000s to less than 50 percent in 2011. Asia Pacific had expanded to constitute nearly 15 percent of total revenue, Gallagher said, with the company eyeing growth opportunities in China, Brazil and Eastern Europe.

Under Gallagher's tenure, he said services had grown to a nearly US$1.3 billion business for Avnet as of 2011, comprising 12 percent of total division revenue. He also told CRN US at the time that Avnet was looking to drive its SolutionsPath business into Asia-Pacific and Europe.

However, the technology services group has struggled financially as of late.

The division's operating income fell 5.9 percent on a year-over-year basis for the quarter ended 28 June, according to Avnet's earnings statement, due primarily to an 11.9 percent decline in sales in Europe, the Middle East and Africa attributable to Avnet's computing components business.

Hamada said at the time that Avnet was taking action to improve margins in the region by aligning resources to current market conditions, including consolidating the region onto a single enterprise resource planning platform (which is used to manage core business processes).

Wall Street hasn't much responded to Gallagher's announced departure, with Avnet's stock price increasing 0.25 percent from US$44.56 at the end of Tuesday to US$44.67 Wednesday afternoon.

Prior to taking his current role, Gallagher worked in Avnet's electronics marketing group, first as vice president of global business development, and then as president of the Americas region. He was given company leadership awards in 1992 and 1993, and received Avnet's Chairman's Award in 2001, according to the company's website.