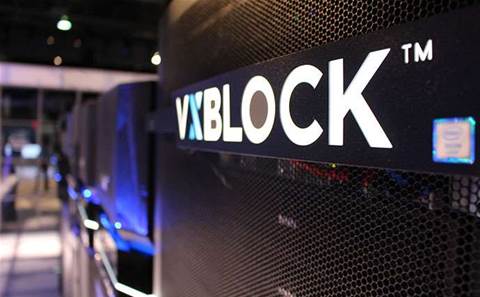 Avnet and Westcon-Comstor have revealed their competing strategies for converged systems, with Avnet adding EMC-owned VCE to its range, as Westcon pulls NetApp into its Cisco business.

Avnet this week confirmed it will be distributing VCE, as predicted by CRN back in February. The announcement follows last year's channel shakeup by EMC, which moved its distribution from Westcon to Avnet after a competitive tender. Ingram Micro also distributes EMC.

VCE's converged portfolio goes head-to-head with the FlexPod range, which is a reference architecture based on Cisco networking and compute with NetApp storage.

The alliance was diluted in late 2014 in the wake of increased competition between Cisco and VMware in the software-defined networking space, with Cisco selling down its stake in VCE to 10 percent, and EMC absorbing the entity, rebranding it as the "converged platforms" division at the start of 2016.

VCE continues to market the flagship Vblock, which is built around Cisco networking. However, it also sells a growing range of converged and hyperconverged products side by side, including the VxBlock, which, like the Vblock, is aimed at mission-critical enterprise applications, such as Oracle and SAP, but offers the option of either VMware NSX or Cisco ACI software-defined networking.

Darren Adams, vice president and general manager, Avnet Technology Solutions, Australia and New Zealand, yesterday said: "The Avnet team will work closely with our partners to enable them to bring these converged solutions to market quickly and in line with each customer’s unique requirements. Through our in-house expertise and training programs, we’ll enable our partners to target new and existing markets.

"We have also expanded our Powered by Avnet solution to include EMC’s converged platform in a customisable offering,” said Adams.

Westcon Comstor is offering partners an alternative vision of converged infrastructure based on the FlexPod design. Last year, the distributor launched its Comstor brand down under, as the business unit for Cisco; Westcon has long been known as a Cisco specialist in this market.

While Comstor is primarily skewed toward Cisco, the distie can also bring in complementary vendors under the banner. Last month, NetApp was moved across to the new division, which comes under the leadership of James Mackay, Comstor's ANZ business unit manager.

Westcon secured the agency for NetApp in late 2014 after a distribution tender. The storage vendor chose Westcon for the “depth” of its Cisco partnership, breadth of services capability and investment in “high-quality technical resources”, said NetApp’s general manager ANZ channels and enablement Neville James at the time.

"The plan for the NetApp business was to always transition to the Comstor business after establishing the business internally, and within an existing strong and credible NetApp reseller base," said Dave Rosenberg, Westcon-Comstor VP of Australia and New Zealand.

"Our view was that the strong global alliance between Cisco and NetApp, combining with the strong Comstor-Cisco global partnership, gave us a unique position across the converged infrastructure market with Comstor at the hub of that solution for Cisco, NetApp and their partners."

The distributor offers partners its Comstor One Source initiative, which provides "a simplified end-to-end process to leverage our Comstor sales and technical experts to assist in design, architect and quote solutions".

NetApp is also distributed in Australia by Distribution Central, which is the storage vendor's longest-serving local distributor.

Competition has been heating up in converged and hyperconverged systems, though the sector is still in its infancy. While IDC identified converged infrastructure as one of the top three emerging technologies in Asia Pacific excluding Japan, the analyst's quarterly Asia Pacific converged systems tracker indicated revenue of just US$282 million during Q4 2015 and US$1.1 billion for the full 2015 year.

Duncan attended the recent EMC World conference in Las Vegas, and singled out the storage company's significant focus on converged and hyperconverged.

"EMC has built out its converged and hyperconverged infrastructure to include blocks, racks and appliances and there were a number of product announcements in this area. EMC is aggressively pursuing its goal of becoming the number one player in the hyperconverged market by 2017. The Converged Platform Division [VCE] already represents a significant business unit within the overall business in terms of revenue," said Duncan.