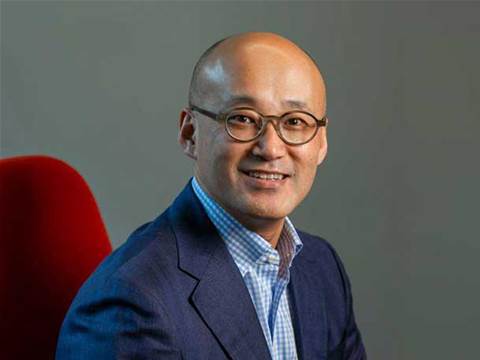 Amazon Web Services is adding two new partner incentives in its first major changes to the compensation structure for its AWS Partner Network (APN) members in three and a half years.

The new incentives are incremental to AWS’ existing, three-tiered discount structure introduced in 2018.

“We are investing into our partners so that they are able to then spend more time with their existing customers,” AWS channel chief Doug Yeum who leads the cloud provider’s worldwide channels and alliance, told CRN US.

“A lot of our customers are saying that they need to move faster and they need to innovate. They need to continue to work on their digital transformation and application modernization. We believe partners play a very important role in helping customers move faster.”

AWS’ new Partner Growth Rebate (PGR) recognises solution providers and distributors for growing their existing AWS program accounts. Each quarter, they will be able to earn a new rebate – paid in the form of AWS promotional credits – if any of their existing program accounts meet or exceed a program-wide, year-over-year growth target set by AWS.

“They’re credits that are paid into their existing accounts, so it nets against whatever they would be billing for consumption,” said Teresa Uthurralt, AWS’ director of APN programs since January.

Partners have told AWS that rebates are an important mechanism for them to invest in their business, and there is a lot of opportunity to invest in existing customers to accelerate their cloud journeys, according to Uthurralt.

“This new incentive is really in response to that feedback that we received from partners, and it targets existing business, which is great,” she said.

“In this discount, we saw an opportunity to really expand the definition of new business to include early stage AWS customers to help them focus their investment to accelerate their modernization journey,” Uthurralt said.

AWS would not disclose the level of the new rebate and discount or the exact growth or level of new partner business that partners must obtain to receive them.

“The growth [rate] that we will set, we believe, is achievable,” Yeum said. “We also believe that our partners have an amazing capability to move fast and help customers, and what we’re asking them to do is just really focus. And if they do, they should be able to benefit from the changes that we’re introducing.”

The AWS Solution Provider Program is for systems integrators, managed service providers, value-added resellers and public sector partners – AWS Authorized Solution Providers – that resell AWS services to end customers as part of their differentiated solutions. The AWS Distribution Program is an invite-only program for distributors to resell AWS solutions through a community of partners.

AWS’ chief cloud rival, Microsoft, also offers rebates among its variety of partner incentives for supporting cloud sales, according to a spokesperson.

“Microsoft’s partner incentives span the entire sales cycle, from the demand generation/acceleration phase, through the transaction and, finally, for usage and consumption,” the spokesperson said. “The vast majority of Microsoft’s budget for incentives go to driving cloud sales.”

AWS does not adjust its partner compensation program very often because partners, based on feedback from them, don’t like it when companies that they work with constantly change their programs, according to Yeum.

“Every time we introduce new changes, and this is one thing that I’ve been very careful and thoughtful about, as well as our leadership team, we want to make sure that the changes bring more value to our partners,” Yeum said.

“The changes should not be taking away value. And our partners have shared with us that this is something that will be additive to their business, and it will incentivise and it’ll motivate them to do more with AWS customers.”

Other technology providers end up changing their compensation programs annually, which for partners adds a “level of complexity and also unpredictability in terms of the benefits that they will receive from their partner when they’re reselling the partner service to their customers,” Yeum said.

“At the end of the day, we have this program because we want to help and we want to invest into our partners so that they can then go and help their customers with their journey to the cloud,” he said.

AWS last introduced major compensation changes in 2018 when it started offering three tiered discounts: a base discount for partners who meet minimum requirements; another set of discounts on top of that for partners who earn an AWS technical competency or the AWS Managed Service Provider (MSP) designation; and an additional discount for new business that partners bring to AWS.

“We felt it was important for us to introduce that tiered count model back in 2018 and put a lot of focus on technical competency because that’s what we felt our customers needed,” Yeum said. “We knew that the partners themselves, for them to differentiate in the market, that they had to go get that technical expertise. And we saw a lot of growth in our business from partners who ended up getting the technical competency. So that was a good beginning for us, and the business has been growing rapidly.”

AWS wouldn’t disclose the level of those discounts.

“It’s an important level of discount for the partners, and we believe partners are able to build profitable businesses using the discount that they receive from AWS,” Yeum said. “They’re also able to use the investments or the benefits from AWS to continue to invest into the transformation of their companies, so the feedback has been a positive one so far.”

AWS, which first allowed partners to resell AWS services to end customers in 2011, won’t disclose the percentage of its total business that’s driven by partners versus AWS directly. Yeum described it as “very sizable.”

AWS also doesn’t set a target for what portion of its business that it wants partner attachment to deals.

There also are nuances in AWS’ customer segments – whether it’s enterprise or small and midsize businesses or geographies with mature or emerging markets – that dictate whether or not partners can play a role, according to Yeum, who described AWS’ joint approach to working with customers as “very deliberate.”