AWS and Snowflake: competitors, to frenemies, to an alliance 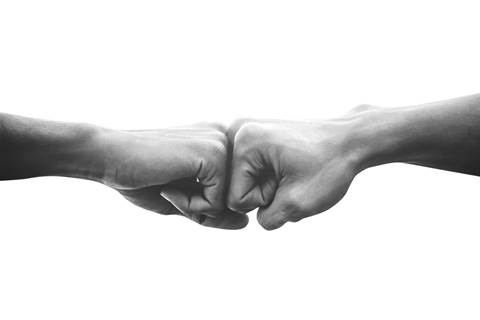 The success of that partnership is illustrated by their joint co-selling goals that have more than doubled year over year since 2020, according to both companies.

“We continue to blow our metrics out of the water,” Sabina Joseph, AWS’ general manager of technology partners, told CRN US.

The seven-year relationship hasn’t always been a cakewalk for AWS, Snowflake or their joint partners. Snowflake started as an AWS customer and competitor. While today it also runs on Microsoft Azure and Google Cloud Platform, Snowflake was born on AWS and a “substantial majority” of its business operates on AWS’ public cloud infrastructure, according to regulatory filings. In mid-2020, prior to its $3.36 billion initial public offering, Snowflake disclosed it had committed to spending $1.2 billion through July 2025 on AWS cloud infrastructure services. As a competitor, meanwhile, Snowflake competes directly against Amazon Redshift, AWS’ data warehouse service that launched in 2013.

Deloitte Consulting had been a longstanding global systems integrator (GSI) partner with AWS before becoming a partner with Snowflake in early 2020.

“It’s always tricky when you’ve got an established, very strategic relationship and then a new player comes in,” said Frank Farrall, the cloud analytics and AI ecosystems leader at Deloitte who also heads its Snowflake alliance.

“We knew…they already sit on top of AWS in the majority of situations, however, they compete with one of AWS products, so there is this coopetition-type thing that we’re really going to have to navigate. We were actually really worried. We took a…kind of risk mitigation orientation…early in the relationship, and there have been times of tension between AWS and Snowflake that we have had to navigate a little bit and try to read the tea leaves around how that’s playing out.”

Back in 2015, AWS and Snowflake’s relationship was overwhelmingly competitive.

“The two sales teams in the field would do just that: They would compete,” said Colleen Kapase, Snowflake’s senior vice president of worldwide partner and alliances. “If Snowflake did win, sort of we were tolerated. That’s completely evolved and changed over time, and I do credit AWS’ customer-first mentality for helping to make this space for that change.”

AWS and Snowflake had about 30 joint customer deals prior to 2019. Their relationship began to shift when they started building out a joint strategy together and focused on joint customer use cases, particularly around migrating large on-premises customers and their data-oriented workloads onto AWS using Snowflake, according to Joseph.

“We started to realize this is not about perceived coopetition that exists, this is really about providing differentiated, best-of-a-kind solutions for our mutual customers,” Joseph said.

Snowflake deeply invested in technical integrations with AWS that were core to a successful go-to-market partnership, Joseph said, including integrations with AWS Lambda, a serverless, event-driven compute service, and AWS PrivateLink, which allows customers to privately access AWS services without using public IPs.

“Those product integrations were key,” Kapase said. “PrivateLink was key to Snowflake selling into the enterprise segment — that was required for a lot of our enterprise customers.”

Snowflake now has more than 20 horizontal product integrations with AWS – the most among its cloud provider partners. Snowflake was a featured partner for AWS AI for data analytics (AIDA) solutions unveiled at AWS re:Invent 2021 last November. It has deepened its integrations with Amazon SageMaker, AWS’ flagship machine learning (ML) service, and was the only partner included in last November’s launch of SageMaker Canvas, a visual, no-code, ML capability that allows business analysts to generate predictions without ML expertise.

The evolution of the relationship

While AWS and Snowflake’s partnership started on the product side, it progressed to sales compensation and then to specific use cases in vertical industries. Beyond the breadth and depth of its AWS integrations, Snowflake has become one of AWS’ largest partners in terms of its go-to-market engagement and number of joint customers — from healthcare company Anthem to global shipping and mailing company Pitney Bowes to financial services provider Western Union.

AWS and Snowflake signed a strategic collaboration agreement in mid-2020, with both companies increasing their investments in partner sales, marketing and alliance teams globally.

“We also have an annual partner plan from a technical and business perspective, which guides us to the set of initiatives…that we’re going to do in a (geographic region), how are we going to work with SIs, GSIs, what kind of industry vertical use cases we want to focus on, and then also what kind of goals — actual hard goals — that we jointly want to achieve,” Joseph said.

In December 2020, AWS unveiled an incentive program called AWS ISV Accelerate that compensates its sales teams for selling independent software vendor partners’ SaaS solutions — such as the Snowflake Data Cloud — that are integrated with AWS. That helped align AWS’ and Snowflakes’ sales teams.

“The change in sales comp went from we were tolerated, to all of a sudden the sales team on the AWS side was saying, ‘OK, I see this unique use case for Snowflake,’” Kapase said. “We started seeing that the co-sell between the two companies — the joint registrations of our field bringing AWS in, AWS bringing us in — just ignited. Sabina and I had to sit down in Q4 and say, ‘We’re going to blow out our co-sell goal together. We have to up our goal for next year,’ because it was like wildfire. It wasn’t just in the US We made some bets in Europe and in Asia as well, and we still had a 2X increase there in terms of customer engagements and customer wins.”

AWS and Snowflake last year also began focusing their partnership on industry verticals such as media and advertising and financial services, and doubling down on working with GSIs and other ISV partners.

The two companies have gone through the “curve of true competitors, to frenemies to truly being an alliance,” Kapase said.

“We have a similar DNA between us and AWS,” she said. “Snowflake is 100 percent consumption-driven. That’s the only numbers we report out to the street. A lot of that customer-first mentality is not just about buying the products, it’s about using the products. And what we saw as we’ve been working together is that consumption move faster…and we have happier customers jointly across each other.”

That’s not to say everything has run smoothly.

“Like with any field organisation, there are always challenges,” Kapase said. “In the old days, I think we used to sit and fester on it and sort of ‘poor Snowflake,’ and it was sort of the David and Goliath story. We’ve reached across the trenches, (and) we’ve created those relationships. Myself and quite a few of the executives now at Snowflake have the bat phone directly into Sabina, to Carol Potts, who runs the (AWS) ISV sales team. We had to bring those issues out, and what we saw was a really fast execution to resolve those field issues. You’d like to say it’s more complicated than that, but the reality is old-fashioned communication and sharing information and working through issues helps strengthen the relationship.”

It comes down to transparency, according to Joseph.

“I’m a firm believer that in any partnership, you’ve got to be transparent and say it the way it is and state the facts, and then that would bubble up to the right outcome for the end customer,” she said. “That’s how I believe that we have operated, especially the last two to three years, which has enabled us to really deepen this partnership.”

Grow your software revenue by selling these 5 affordable, essential tools for the modern workplace
By Donna Goodison
Feb 24 2022
7:00AM