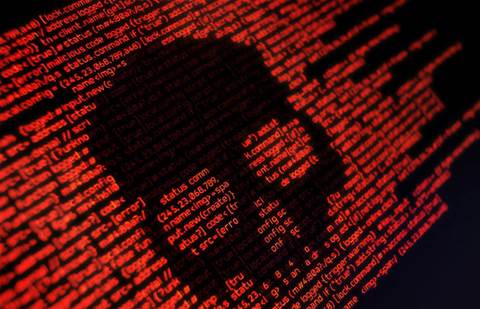 The report alleges that server motherboards made by San Jose-based Supermicro were implanted with microchips that were intended to steal sensitive data for China.

The compromised hardware ended up at companies including Apple and AWS, and the FBI has been involved in investigating the alleged incursion, Bloomberg reported.

Servers manufactured by Supermicro for Elemental Technologies—which Amazon acquired in 2015—were among those found with the malicious hardware implanted by China, according to the report. Supermicro has not responded to a CRN request for comment.

What follows are a statement provided by an Apple spokesperson to CRN USA and a statement from AWS posted on the company's website.

Over the course of the past year, Bloomberg has contacted us multiple times with claims, sometimes vague and sometimes elaborate, of an alleged security incident at Apple. Each time, we have conducted rigorous internal investigations based on their inquiries and each time we have found absolutely no evidence to support any of them. We have repeatedly and consistently offered factual responses, on the record, refuting virtually every aspect of Bloomberg's story relating to Apple.

On this we can be very clear: Apple has never found malicious chips, "hardware manipulations" or vulnerabilities purposely planted in any server. Apple never had any contact with the FBI or any other agency about such an incident. We are not aware of any investigation by the FBI, nor are our contacts in law enforcement.

In response to Bloomberg's latest version of the narrative, we present the following facts: Siri and Topsy never shared servers; Siri has never been deployed on servers sold to us by Super Micro; and Topsy data was limited to approximately 2000 Super Micro servers, not 7000. None of those servers have ever been found to hold malicious chips.

We are deeply disappointed that in their dealings with us, Bloomberg's reporters have not been open to the possibility that they or their sources might be wrong or misinformed. Our best guess is that they are confusing their story with a previously-reported 2016 incident in which we discovered an infected driver on a single Super Micro server in one of our labs. That one-time event was determined to be accidental and not a targeted attack against Apple.

While there has been no claim that customer data was involved, we take these allegations seriously and we want users to know that we do everything possible to safeguard the personal information they entrust to us. We also want them to know that what Bloomberg is reporting about Apple is inaccurate.

Apple has always believed in being transparent about the ways we handle and protect data. If there were ever such an event as Bloomberg News has claimed, we would be forthcoming about it and we would work closely with law enforcement. Apple engineers conduct regular and rigorous security screenings to ensure that our systems are safe. We know that security is an endless race and that's why we constantly fortify our systems against increasingly sophisticated hackers and cybercriminals who want to steal our data.

As we shared with Bloomberg BusinessWeek multiple times over the last couple months, this is untrue. At no time, past or present, have we ever found any issues relating to modified hardware or malicious chips in SuperMicro motherboards in any Elemental or Amazon systems. Nor have we engaged in an investigation with the government.

There are so many inaccuracies in ‎this article as it relates to Amazon that they're hard to count. We will name only a few of them here. First, when Amazon was considering acquiring Elemental, we did a lot of due diligence with our own security team, and also commissioned a single external security company to do a security assessment for us as well. That report did not identify any issues with modified chips or hardware. As is typical with most of these audits, it offered some recommended areas to remediate, and we fixed all critical issues before the acquisition closed. This was the sole external security report commissioned. Bloomberg has admittedly never seen our commissioned security report nor any other (and refused to share any details of any purported other report with us).

The article also claims that after learning of hardware modifications and malicious chips in Elemental servers, we conducted a network-wide audit of SuperMicro motherboards and discovered the malicious chips in a Beijing data center. This claim is similarly untrue. The first and most obvious reason is that we never found modified hardware or malicious chips in Elemental servers. Aside from that, we never found modified hardware or malicious chips in servers in any of our data centers. And, this notion that we sold off the hardware and datacenter in China to our partner Sinnet because we wanted to rid ourselves of SuperMicro servers is absurd. Sinnet had been running these data centers since we ‎launched in China, they owned these data centers from the start, and the hardware we "sold" to them was a transfer-of-assets agreement mandated by new China regulations for non-Chinese cloud providers to continue to operate in China.

Amazon employs stringent security standards across our supply chain – investigating all hardware and software prior to going into production and performing regular security audits internally and with our supply chain partners. We further strengthen our security posture by implementing our own hardware designs for critical components such as processors, servers, storage systems, and networking equipment.

Security will always be our top priority. AWS is trusted by many of the world's most risk-sensitive organizations precisely because we have demonstrated this unwavering commitment to putting their security above all else. We are constantly vigilant about potential threats to our customers, and we take swift and decisive action to address them whenever they are identified.