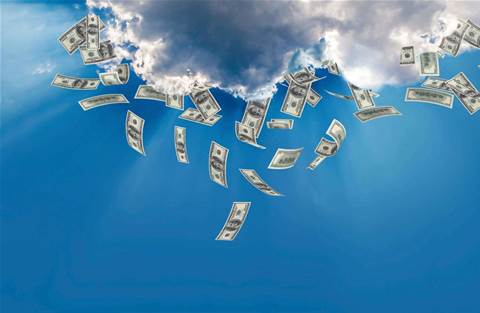 The Amazon Web Services billing error that had customers mistakenly being charged double or triple the norm for their cloud usage presents an opportune time for channel partners to step in and help monitor costs.

“This is an opportunity for technology expense management vendors that are used to finding billing errors and a call to action for cloud service providers to check invoices carefully,” said Hyoun Park, CEO and chief analyst of Amalgam Insights, a technology research firm. “This error is just the tip of the iceberg in terms of what users should expect going forward, and cloud spend doubles over the next three years and triples over the next five years.”

AWS declined comment on the billing overcharges that surprised some users of the No. 1 public cloud provider this past week. All affected AWS customers reportedly have been notified and credited if they were incorrectly charged.

Cloud billing has traditionally been fairly clean compared to telecom and other older technology invoicing solutions, but as more cloud products and pricing and discounting options are introduced, cloud providers will increasingly see their billing systems taxed by the complexity of potential options, according to Park.

“The accuracy of cloud billing is still uncertain, as the majority of cloud spend is still not monitored by third-party solutions, and error detection is dependent on the best efforts of individual managers rather than a dedicated team or set of auditors and vendors,” Park said. “At this point, the majority of Amazon users trust Amazon to manage Amazon's bills. Beyond the issue of trust, this creates a single point of failure and reference for invoicing.”

Some of the largest customers of AWS Advanced Technology Partner CloudCheckr have hundreds of millions of billing records per month and several sources for billing data, according to Jeff Valentine, chief product officer for the company, which has a channel partner program and offers a cloud management solution that helps businesses manage and automate public cloud costs.

“CloudCheckr insulates our customers from issues like this when they arise by ingesting, processing and repricing all of this data continuously and automatically,” Valentine said. “When an issue occurs, which is rare, our system catches it, and sometimes our customers never even notice, because we turn all that complexity into simple reporting and dashboards for multi-tier organizations. In this particular case, it looks like only one of the billing data sources was erroneous, which is why it’s so important to use an enterprise-grade platform with total visibility across multiple data sources.”

The AWS billing error appears to be an honest one, according to Jim Lippie, general manager of cloud computing for Kaseya, an IT infrastructure management solutions provider for MSPs and internal IT organizations. The company also has a channel program.

“This latest incident should further caution public cloud customers and highlight the need for them to engage and leverage third-party billing and monitoring applications which can create usage thresholds and ensure billing mistakes of this nature are caught early and can be corrected,” Lippie said.

Other vendors are keen to help customers and the channel alike manage cloud bills: VMware's Cloud Health offering is one option, BMC has products in the field, as do Nutanix, Flexera, Densify and many others. And most are happy to do business with partners.

Grow your software revenue by selling these 5 affordable, essential tools for the modern workplace
By Donna Goodison
Sep 26 2019
9:02AM