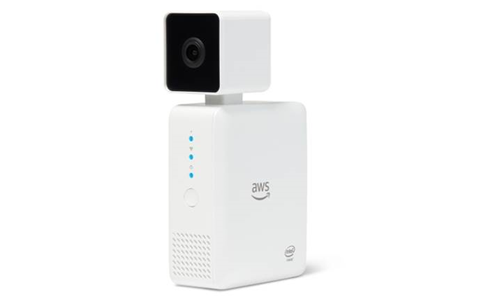 Amazon Web Services wants to make it easier for partners and customers to jump into machine learning with the announcement of five new services and a deep learning-enabled camera.

First is Amazon SageMaker, a fully managed service that allows developers to quickly build, train, deploy and manage their own machine learning models to integrate into AI platforms.

The platform provides 10 pre-built deep learning algorithms optimised by AWS to quickly spin up a machine learning instance. Users can also deploy their own custom algorithms.

AWS chief executive Andy Jassy announced the service during his keynote at re:Invent in Las Vegas this week, saying SageMaker is intended to remove the heavy lifting required for machine learning.

To accompany the service, AWS revealed the Amazon DeepLens, a deep learning-enabled camera which Jassy said could allow partners to experience machine learning first-hand within ten minutes of opening the box.

The wireless high-definition video camera can run real-time computer vision models, with pre-built machine learning models such as facial recognition. DeepLens is available for pre-order in the US today for US$249 from Amazon.com.

Along with the SageMaker and DeepLens, Jassy revealed another four services that emulate human-like cognition to help developers quickly spin up an AI instance. The products include Transcribe for converting speech to text, Translate for translating language in text, Comprehend for analysing rhetoric in speech, and Rekognition for real-time video analysis.

AWS Australian channel chief Stefan Jansen told CRN he sees a great opportunity for local partners to get on board with machine learning with the new tools AWS has on offer.

“Today for me was very enlightening to see how much we allow the builders that freedom again to build solutions without having to go deep. Obviously with cloud, the basic premise has been facilitating that all sorts of partners for a while, but [machine learning] will bring that to a whole new level.”