AWS brings its "She Builds" initiative to the Aussie channel 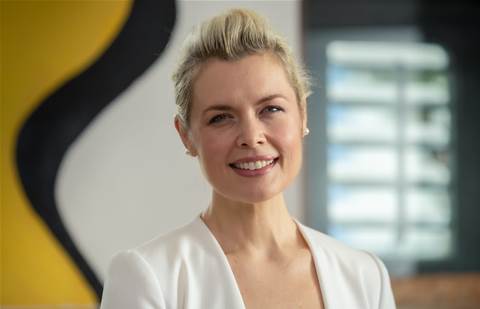 Amazon Web Services has launched its She Builds career development program to the Australian channel community.

Named “She Builds: Women in Channel”, the program expands on She Builds, beyond cloud skills to include channel-specific roles including sales, finance, marketing, public relations and communications, human resources, and legal.

The launch comes off the back of this year’s She Builds event on 10 June, which was hosted in Australia virtually through Amazon streaming service Twitch.

Speaking to CRN, AWS head of ISV and DNB segment Anna Green said the program has been something the cloud giant had invested in to promote diversity and inclusion.

“There are challenges around women being represented in the tech community and the reality is that there’s still a small amount of representation of women in tech,” she said.

“But what we know for sure is that there're lots of women working in technology doing some amazing things but we just don't often hear about them.

“AWS She Builds is all about hearing from those senior leaders and the really cool and interesting things that they're doing with technology, as well as hearing about their career journeys.”

Green said AWS identified that there is a cohort of women working in the channel and they rarely have their voices heard about what's happening in technology.

“These women aren’t always going to be in purely technical roles but they’ve got amazing professional skill sets,” she added.

Some of the focuses on the program involve ways to help drive business outcomes for channel partners and customers and bringing together a community of women “to start to think about business differently”, according to Green.

“One of the things that's very widely reported is that women and men network differently,” Green added.

“That means they would need sponsorship and mentoring, two of the things that we've focused on as part of our She Builds program because we recognize that women often need a bit more help around thinking about how to build the next steps of their career.

“Doing something like a channel event for women in the channel is going to help them connect together better, share industry knowledge and expertise, and also build their networks and help them to build their own careers.”

Green also cited an AWS-commissioned report where it found that Australia currently needs 6.5 million more digital workers by 2025 to keep pace with technological change, saying it was the perfect time for AWS to be talking to women about building out those digital skills.

“We're doing that through the She Builds program, so we're not just building networks and showing women what women leaders have to say, we're also helping women with technical training,” she added.

“If you think about the need for us to fill that gap, half of the population are women. So why shouldn't half the population be thinking about getting a job in technology, when we see the opportunity for growth and technology is so massive?”