Organisations that already had moved to the cloud prior to the coronavirus (COVID-19) pandemic had an edge when it came to making changes to accommodate workers and customers during the crisis, according to Amazon Web Services CEO Andy Jassy.

The need to shift to remote working initially was not obvious to many companies still operating on premises, and business leaders were forced to make rapid decisions about technology changes that they hadn't yet confronted or thought they had a lot of time to consider, Jassy said yesterday during IT solution provider Presidio’s C-Suite Perspective Webinar Series.

“Those that were already using the cloud had a big advantage,” Jassy said. “It allowed them to save a significant amount of money from having to try and figure out how to add capital and capacity in their physical on-premises locations. They were able to innovate in a much faster clip and change what they were doing and change the elasticity to have the capacity up or down, depending on what was happening in their business, in a very different way than you could have on premises.”

And organizations with agile cultures, with teams comfortable making fast decisions, have had a better time of it, according to Jassy.

“Even though a lot of companies have tried to figure out however they can save money…the pandemic has really pushed people toward the cloud,” Jassy said. “Whenever you have something discontinuous that happens in a market -- we saw this back in 2008 as well -- you tend to really reevaluate: Is this the time to make this change that I knew I should be making before and I knew I'd need to make? It's been tough for most companies to have to manage the technology piece and the surge in labor requirements and capacity requirements that COVID has brought, so we've seen just a pretty significant shift in companies that have been thinking about the cloud for a while really starting to make serious inroads and changing.”

Here's a look at what else Jassy had to say about the potential impact of video conferencing on AWS hiring and meetings of the future, AWS’ work with telecommunications companies and 5G, the importance of diversity in the technology industry, and what AWS customers are looking for in channel partners. 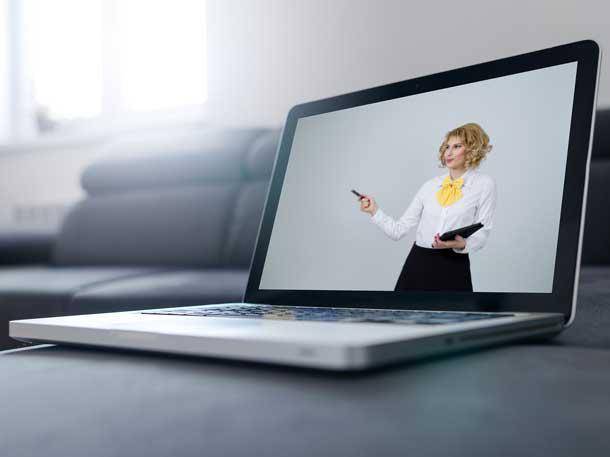 The impact of video conferencing

The way AWS employees have been interacting by video conferencing during the coronavirus pandemic has changed AWS’ thinking about hiring and how meetings will evolve once more employees return to its offices, according to Jassy.

“For a long time…we really wanted to...hire people in locations where we had critical mass, because it was easier for them to have the right career path and interact with their teammates more effectively and to have job mobility in a different way,” Jassy said. “How effectively we've all worked in a video conferencing environment has changed our view on where we hire people and whether it's okay to have smaller numbers of people in more locations as long as they're willing to be available to collaborate with their teammates in a timeframe that works for everybody.”

While AWS typically had employees all over the world remotely tuning in for meetings by video before the pandemic, a larger number tended to be located in one AWS location, and it had been hard to fully include remote workers, he said.

“They're a little bit off on the side as opposed to the center of the meeting in person, and when everybody is on video conference and everybody just gets a square, it really changes the playing field,” he said. It really levels it, and I think we've found that it's been more inclusive. A lot of people who normally don't get to participate as visibly are able to do so. It's changed how we've been thinking about coming back to meetings when we get back into the office in larger numbers. There's a lot of things that have happened during the pandemic -- most by necessity -- that are going to change the way we all work moving forward.”

AWS and parent company Amazon.com use Amazon Chime for video conferencing and online meetings, according to a company spokesman. As part of a new multi-year deal announced this month, Slack Technologies will integrate Amazon Chime SDK (software development kit) to power the video, audio and screen-sharing capabilities for its workplace messaging and collaboration platform. AWS also said it will extend the use of Slack to its own employees to make it easier for AWS teams to communicate and work together. The telecommunications space is changing very rapidly, and 5G has been a big accelerator, according to Jassy.

Under the old telco model, it was challenging for a company to move a mobile application move over the mobile network and get single-digit millisecond latency, because it had to go from the device to the local network, to the regional aggregation spot, to the internet, to the cloud and then all the way back, Jassy said.

“Any application you want to use, it's going to need compute and storage and some type of capability at the edge,” Jassy said. “And with that many hops…that you typically have to go through, you will get seconds latency, but not milliseconds latency. 5G really changes that, along with some things that we've been working on with our telco partners.”

People want the very fast connectivity that 5G provides, along with compute and storage capabilities right at the 5G edge, according to Jassy.

“It's got the same AWS compute and storage and database and analytics and machine learning services (as the cloud), with the same APIs, the same control plane, the same servers,” Jassy said. “It is really just extending AWS to the edge. We work with our telco partners to provide that capability so that now, if you have an application that wants to run at the mobile edge, basically you go from the device to the 5G location where you've got the compute and storage, and you skip all those other hops. You actually can have single-digit millisecond latency.”

Jassy also singled out AWS Wavelength, which combines the high bandwidth and single-digit millisecond latency of 5G networks with AWS compute and storage services to allow developers to build a new class of applications. Wavelength initially will be available in partnership with Verizon, and AWS is working with other carriers, including Vodafone, SK Telecom and KDDI, to expand Wavelength Zones to more locations by year’s end.

AWS Wavelength is designed for customers that have applications related to smart manufacturing or autonomous driving or gaming, and want to push things to the mobile edge.

“Instead of having to learn all the semantics of the different telco providers -- because you're going to run an application that transverses a number of telco networks -- we provide this abstraction called Wavelength that allows you just to deploy it to one zone with one set of semantics, and we do the rest under the covers for you,” Jassy said. “The telco space and the 5G capabilities, and what it will allow companies use-case wise to do, is going to totally change what's possible at the edge.”

Jassy also spoke about the need for diversity in the technology industry.

“It's really important,” Jassy said. “Frankly, as a technology industry, I think we can be much better. It's, in my opinion, still way too homogenous.”

A lot of the future emerging businesses and opportunities in most economies, including the United States, are in areas such as technology, Jassy noted.

“We have to make a better effort than we have collectively to have diversity and more inclusion,” he said. “We're working hard at it, we've made a lot of progress, but I think it starts all the way back. The key to unlocking opportunities in this life tend to be education. If you look at the education in a lot of these different countries -- and I'll just take the U.S. as an example -- there are real differences in the opportunities that different groups of people have for education.”

The U.S. educational system needs a “pretty significant reevaluation,” according to Jassy.

Jassy is a member of the board of trustees for Rainier Scholars, a Seattle-based organization that provides a pathway to college graduation for low-income students of color by providing access to educational opportunities.

But Rainier Scholars only touches about 65 to 70 kids in each grade per year.

“That's not near the type of scale that we need to make a difference,” Jassy said. “It requires all of us in business and different companies to be focused on it and to prioritize it. I don't think that you fix having the type of diversity that we all want in the technology space overnight. It's one of those things that you have to work at over a long period of time. It's important in our business today, but I think it needs to be increasingly important and a larger part of our employee population and all of our companies moving forward.”

“It's a program that we've built over the last couple of years, whose aim is to enable people who want to be engineers but come from backgrounds where maybe they weren't naturally going to get the training and the instruction to be an engineer or a computer scientist,” Jassy said. “We sponsor thousands of people starting in middle and high school, and then ultimately in college as well. When you think about how do you actually reach out and help groups of people who don't naturally have the right instruction and mentorship to participate in the economies that are going to be successful moving forward, you need programs like Amazon Future Engineer.” What AWS customers want in a channel partner

AWS customers want channel partners looking out for their companies’ best interests moving forward, not protecting their own existing business lines, according to Jassy.

Most companies are very excited to reap the benefits of the cloud, but many need assistance with migrating in a thoughtful way, in the right sequence, and with determining which applications can be lifted and shifted versus those that must be rearchitected for a cloud environment, Jassy said.

“They really want people who are most focused on what matters for them versus trying to protect whatever their legacy business is,” Jassy said. “There are a lot of partners who are well-meaning but are conflicted, because they have existing businesses that are sometimes potentially threatened in some short-term fashion by people moving to the cloud.”

Jassy was responding to a question from Presidio CEO Bob Cagnazzi about the type of value customers should expect from partners working with them on AWS projects.

“I'm not so sure that every customer that's out there really recognizes that AWS has this robust partner community,” said Cagnazzi, whose New York-based company is an AWS Advanced Consulting Partner.

“They need help from partners,” he said. “If I think about the things that matter most -- our customers tell us, at least, in the partners they choose -- they want partners who have the right depth of skills, the right training of people who also can help in training their own people moving forward.”

“At the end of the day, companies want somebody who's in their camp, who's going to help them do what's right for them,” Jassy said. “Partners are unbelievably strategic and integral to companies moving to the cloud. Having a partner who's got the right skills and the right long-term focus for you as a company and then the right depth on AWS, like Presidio has, is incredibly useful.”