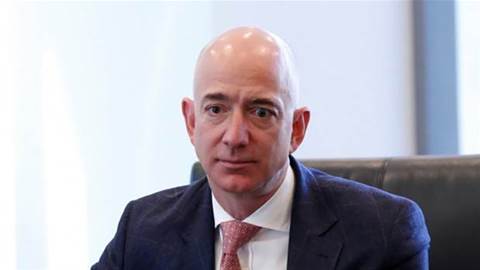 Amazon Web Services “creates a core conflict of interest” for Amazon, was one finding of a scathing report released Tuesday by Democrats in the US House of Representatives.

Amazon’s “dual role” as the dominant cloud infrastructure vendor and a dominant player in online retail, music and video, and smart home systems puts competitors in those markets at undue disadvantage that Amazon is able and incentivized to exploit, the congressional analysis found.

The public cloud kingpin also intentionally limits interoperability to keep customers locked-in, has launched services competitive to startups that built their solutions on its cloud, and has access to customer data and usage patterns that could deliver further unfair market advantages, the report said. Amazon did not immediately comment on the report.

The antitrust subcommittee of the House Judiciary Committee concluded Amazon, along with Google, Facebook and Apple, have become monopolies that should be regulated more—even broken up in some cases. The investigation was launched last year, and members of the subcommittee will later vote on those recommendations.

The congressional investigators cited common complaints retail giants competing with Amazon in e-commerce have made for years.

They “effectively have to choose between switching to one of the alternative cloud infrastructure providers or funding their primary competitor,” the report said, citing retailer Target, as well as Netflix, which competes in streaming video with Amazon Prime.

One application developer told the panel clients have expressed pressure to migrate their products to Microsoft Azure because of concerns of Amazon’s anti-competitive conduct in retail.

Retail giant Walmart has even warned its suppliers to stay off AWS to prevent Amazon from accessing their data, one person told the subcommittee’s investigators.

The concerns around private data extend to encrypted data—engineers working for competitors are worried AWS employees have access to Amazon’s Key Management Service, where encryption keys are stored, the report said.

Startups have also complained that AWS has copied products they built on its cloud.

“AWS provides Amazon with unparalleled insights into the trajectory of startups using its services, information that it can use to guide acquisitions and to replicate promising technology,” the report said.

The panel noted that Amazon has become so dominant in cloud computing thanks to its first-mover advantage and ability to leverage economies of scale.

But it’s taken some less-acceptable routes to maintaining that dominance, including intentionally creating lock-in.

“AWS has also engaged in a series of business practices designed to maintain its market dominance at the expense of choice and innovation. Through a combination of self-preferencing, misappropriation, and degradation of interoperability, Amazon has sought to eliminate cross-platform products with Amazon-only products,” it said.

Those practices have taken a toll on the open source community.

“Amazon’s conduct has already led several open-source projects to become more closed, a move driven by a need for protection from Amazon’s misappropriation,” the report found.

“If unchecked, Amazon’s tactics over the long-term risk solidifying lock-in and diminishing the incentive to invest. Because cloud is the core infrastructure on which the digital economy runs, ensuring its openness and competitiveness is paramount.”