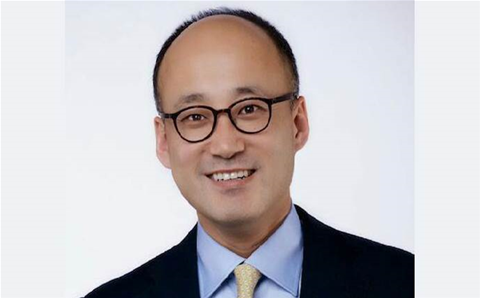 Yeum’s unnamed replacement is expected to join AWS on 22 November, according to an email sent to AWS employees by Matt Garman, senior vice president of sales and marketing.

But Yeum officially won’t start in his new role until 6 December, after the close of the AWS re:Invent 2021 conference for partners and customers in Las Vegas, where he still will deliver the partner program keynote address.

CRN US reached out to AWS but had not heard back as of press time.

“Doug was gracious enough to give me some time for a seamless transition, which has allowed us to explore the market and find a great leader who will help us continue to scale the partner business,” Garman said in the email to employees. “The new leader will join us on (Nov. 22), and I’m looking forward to sharing more details with you then.”

Yeum is leaving the top channel job two years and four months after AWS named him as head of worldwide channels and alliances in mid-2019.

By taking a role at AWS’ parent company, Yeum is following in the footsteps of former AWS CEO Andy Jassy, who took over as CEO of Amazon.com in July, replacing Jeff Bezos.

Yeum had served as Jassy’s chief of staff—also known as the “shadow” role—for almost two years before becoming head of the partner program.

Yeum had previously worked as AWS’ general manager in Korea for almost six years starting in 2014. He led all customer-facing teams, working with enterprises and startups in Korea. His management responsibilities included managing business operations, engaging with c-level executives on their digital transformations and innovation strategies, and developing business through channels and alliances to drive overall awareness and adoption of AWS in Korea.

He is credited with bringing more structure to the APN and helping to further scale it to more than 100,000 partners globally.

​Yeum’s move comes six months after a changing of the guard that saw Adam Selipsky start as AWS’ new CEO in July, returning to the cloud provider after a stint as CEO of Seattle-based Tableau Software since 2016. Selipsky is an AWS veteran, however, who first joined Amazon in 2005, a year before the launch of AWS. He had served for 11 years in a COO-like role overseeing AWS marketing, sales and support—and reporting directly to then-CEO Jassy from 2005 until he left for Tableau. He also was in charge of the team that created and launched the APN in 2010.

Grow your software revenue by selling these 5 affordable, essential tools for the modern workplace
By Donna Goodison
Nov 16 2021
1:12PM