AWS, Google, Microsoft are taking over the data centre market 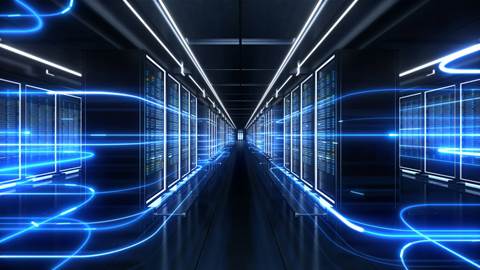 As demand for digital services skyrockets, the three largest public cloud vendors in the world have effectively taken over the hyperscale data centre market, according to new data from Synergy Research Group.

Amazon, Microsoft and Google collectively now account for more than 50 percent of the world’s largest data centres across the globe as the three companies continue to spend billions each year on building and expanding their global data centre footprint to accommodate the high demand for cloud services. The global COVID-19 pandemic spurred a record-breaking third quarter 2020 as data centre spending reached US$37 billion, led by AWS, Google and Microsoft. 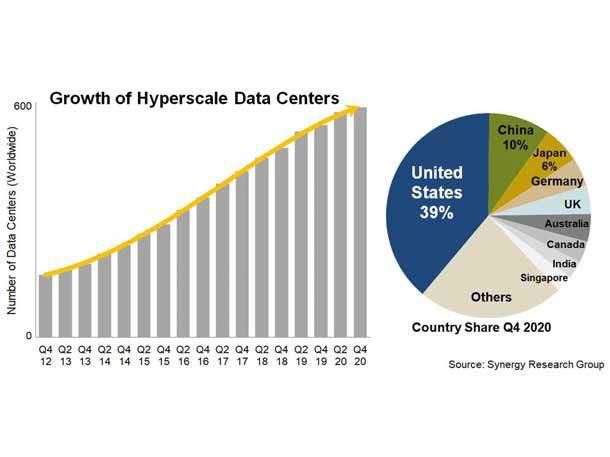 “There were 111 new hyperscale data centres opened in the last eight quarters, with 52 of those coming onstream in 2020 despite COVID-19 causing a few logistical issues,” said John Dinsdale, a Chief Analyst at Synergy Research Group in a statement. “That is testament to the ongoing robust growth in the digital services that are driving those investments – particularly cloud computing, SaaS, e-commerce, gaming and video services.”

The global COVID-19 pandemic has significantly shifted how businesses and organizations of all sizes buy and use online tools, from video-conferencing and virtual business events to entertainment and remote education. This change was enabled by cloud environments, particularly public clouds.

Businesses are gobbling up server, storage and networking products for their public cloud infrastructure at a rapid pace.

Spending on public cloud infrastructure reached a massive US$13.3 billion in the third quarter of 2020 alone, representing an increase of 13 percent year over year, according to IT research firm IDC. Dell Technologies, Hewlett Packard Enterprise and Inspur are leading the market in terms of cloud infrastructure sales as the companies lead the server, storage and hyperconverged infrastructure markets.

“In addition to almost 600 operational data centres, we have visibility of a further 219 that are at various stages of planning or building, which is good news indeed for data centre hardware vendors and wholesale data centre operators,” said Synergy’s Dinsdale.

Compared to traditional data centres, hyperscale data centres contain much more IT products, typically housing tens of thousands of servers and hardware alongside millions of virtual machines. Hyperscale data centres focus on infrastructure optimization and scale acceleration in their designs and how products are powered and managed.

In terms of geography, the U.S. accounts for almost 40 percent of the major cloud and internet data centre sites. The next most popular regions are China, Japan, Germany, the U.K. and Australia, which collectively account for another 29 percent of the total, according to Synergy.

Other large tech companies that are investing heavily in opening new hyperscale data centres include Oracle, Alibaba and Facebook.