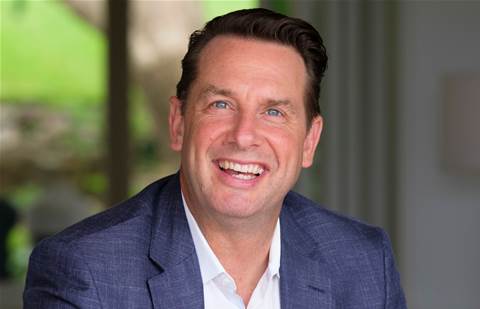 Beavis takes over from Stax co-founder Thor Essman, who moves to the executive chairman role across Stax and managed services provider Versent. Stax said Essman will act as an advisor focusing on long-term business strategies, capital raises and company culture.

As managing director, Beavis is tasked to drive Stax’s go to market strategy and help develop new markets, like Asia and the United States. Along with Simon, he will also work alongside Stax co-founder and chief product officer James Coxon, overseeing the 55 staff at the company.

“Adam is a brilliant industry leader who’s been so successful in making markets for AWS,” Versent and Stax executive chairman Thor Essman said.

“I’ve worked with Adam closely over the years and know how authentically he builds cultures of innovation and mentors’ teams to success. Adam leads with passion and will be instrumental to our global expansion, all the while helping our customers step up into immediate and continued innovation within AWS. I know that under his leadership, Stax is ready to take its place as the globally-preferred cloud management platform.”

Beavis finished up an eight-year stint at AWS, first joining the hyperscaler in 2014 as a commercial sales manager. He was named ANZ managing director in 2020, and later moved to the Asia-Pacific and Japan business as managing director of ISV and digital native businesses the following year.

Prior to AWS, Beavis also worked at Thomas Duryea Consulting, Red Hat, CommVault, VMware, Express Data, Byte IT and HP Inc. in a variety of sales and leadership roles.

Speaking on his appointment, Beavis said, “I’m excited to join Stax, and work with the incredible team and product that Thor and James established.”

“There’s an ongoing race to get new technology into organisations and help them innovate faster with AWS. Yet many businesses face challenges with migration, daily operations, and continuous maintenance.

“Stax takes care of the critical tasks and creates a solid cloud foundation to securely build upon. This gives organisations the confidence to know their spend and resources are going to the right places, helping them move more efficiently, using digital transformation to improve business productivity.”

Beavis added that Stax could join the ranks of Atlassian, Canva, Afterpay and other Australian-headquartered global software companies.
“The challenges Stax solves are experienced across the world – whether that’s an enterprise undergoing a traditional migration to the cloud, or a digital native business that’s constantly exploring new cloud technologies,” Beavis said.

“We have a huge opportunity to accelerate growth by expanding our global presence and continuously innovating the Stax platform, all the while ensuring the company remains a great place to work.”

Grow your software revenue by selling these 5 affordable, essential tools for the modern workplace
By Nico Arboleda
Feb 3 2022
10:22AM