AWS just made the channel its cheap scaling plan 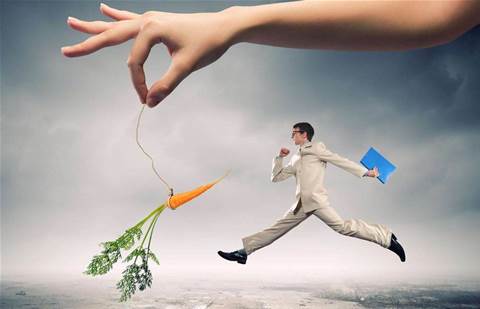 Amazon Web Services has, as we predicted last week, made a hybrid cloud play in the form of a new hardware product called “Outposts”. The new devices will be sold through the AWS and VMware channels.

While the company has spun the news as meeting customer demand and building better hybrid clouds, it's also a strategy to scale out its cloud without the pain and cost of building its own.

To understand how, consider an Outpost running at a managed service provider, where AWS hardware will be powered and cooled by the MSP, not AWS. So AWS won't have to spend to build the data centre, But it will get more resources, in more places. And useful places at that, nicely close to customers, solving problems like data sovereignty in nations too small for AWS to build in by itself. Or in Australian States it doesn't want to visit to comply with States agencies' desire for data to stay on their soil.

An Outpost at an MSP therefore gives Amazon scale, without the hassle of building data centres.

Another hint that Outposts will  be good for the channel is that it will ship in multiple “racks”. That’s a hint that they won’t be a fit for businesses with modest server rooms or for many branch offices. You'll need proper infrastructure to make them work.

They're therefore not a huge threat to resellers who enjoy selling 2U or 4U hyperconverged kit, because Outposts will also be an extension of AWS virtual private clouds (VPCs), which offer control over the internal network of a walled-off segment of AWS resources. While New EC2 instances are tied to a VPC by default, not every AWS user runs or needs to run a VPC. Again, this makes Outposts something that some users won't find attractive.

But resellers are not out of the woods, because AWS has tried to define Outposts as superior to other hybrid clouds thanks to their exact replication of the AWS public cloud. The company’s right to do so because Azure Stack remains a subset of Azure. Among the hyperconverged leaders, Nutanix and SimpliVity have come a long way towards a similar one-toolset-everywhere plan, but can’t match AWS for access to native cloud services.

Which could change over time. Many AWS services are just an API call away.

So while Outposts do represent an 800 pound gorilla wandering into lots of channel players’ territories, they also suggest some new opportunities and alignments the channel could well enjoy.