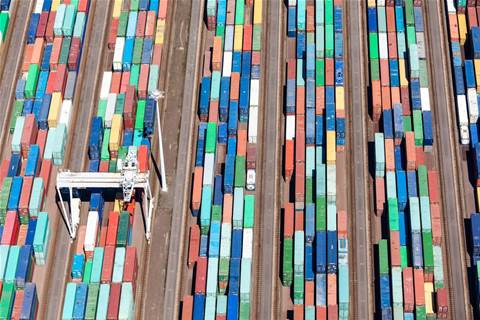 First unveiled at AWS re:Invent 2020 in December, AWS Proton is designed for users to more easily provision, deploy and monitor microservices that are the foundation of modern container and serverless apps. It provides management tools, governance and visibility required for consistent standards and best practices for managing deployments, while also helping increase developer productivity, according to AWS. AWS Proton is a two-pronged automation framework: Platform operators can use infrastructure as code to create versioned service templates that define and configure what‘s needed to provision, deploy and monitor a service, and developers then can choose published stacks to rapidly build applications, knowing they are working with up-to-date, validated tools and infrastructure.

With its general release, AWS Proton now supports multi-account infrastructures, allowing platform operators to use it to help securely configure and manage their architectures across multiple AWS accounts. The second new feature is support for identity and access management condition context keys in AWS Proton APIs, allowing platform operators to designate which developers can create services based on template characteristics.

AWS Advanced Consulting Partner Altoros is among the cloud computing provider’s partners that have been using AWS Proton. It sees its cloud migration customers challenged by the static nature of the solutions that they engineer.

“AWS Proton offers our joint customers an abstraction layer to expose the options development teams need and central management tools,” said Tony Hansmann, chief technology officer of cloud orchestration for Altoros, an IT services provider based in Pleasanton, Calif. “AWS Proton provides a way to get the security and governance benefits of a repeatable abstraction without turning over the keys to an account. We work with customers to deliver infrastructure-as-code, which is a great set of practices, however, as the cloud team becomes successful, they become oversubscribed and hit their scaling limit. Because of AWS Proton’s reusability, templatization and, above all, meaningful versioning, we can now offer a way past that bottleneck.”

AWS Premier Consulting Partner Rackspace is often helping its cloud customers find the balance between standardization and experimentation, according to Amir Kashani, Rackspace’s vice president of cloud-native development and internet of things.

Grow your software revenue by selling these 5 affordable, essential tools for the modern workplace
By Donna Goodison
Jun 11 2021
12:03PM