AWS, Microsoft and Google lead for IaaS and PaaS revenue 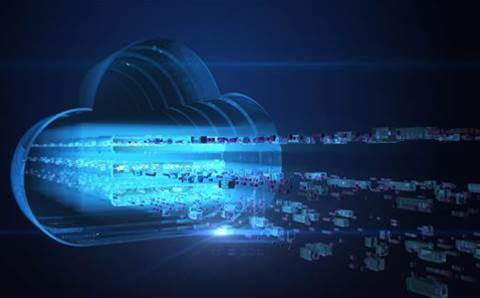 Cloud service revenues now are growing much more rapidly than spending on cloud infrastructure, a positive signal that the market is in a high-growth phase, and financials are improving, according to a new report.

Operator and vendor revenue across seven key cloud services and infrastructure market segments exceeded A$212 billion (US$150 billion) for the first half of 2019, growing 24 percent from the same period last year, according to Synergy Research Group’s mid-year review of the cloud market.

The cloud is increasingly dominating the information technology (IT) landscape, and cloud-associated markets are growing at rates of 10 percent to well more than 40 percent, according to John Dinsdale, chief analyst and research director at Synergy, a market intelligence and analytics firm.

“Annual spending on cloud will double in under four years,” Dinsdale said. “Cloud has opened up a range of opportunities for new market entrants and for disruptive technologies and business models.”

IaaS and PaaS recorded the highest growth rates for cloud infrastructure services at 44 percent for the first six months of the year, with Amazon Web Services, Microsoft and Google as the market leaders.

“Amazon and Microsoft have led the charge in terms of driving changes and aggressively growing cloud revenue streams, but many other tech companies are also benefitting,” Dinsdale said. “The flip side is that some traditional IT players are having a hard time balancing protection of legacy businesses with the need to fully embrace cloud.”

“UCaaS, while in many ways a different type of market, is also growing strongly and is driving some radical changes in business communications,” the Synergy report states.

Total spending on hardware and software for cloud infrastructure reached almost $81.3 billion (US$55 billion) — climbing a little more than 10 percent — and was just about equally split between public and private clouds, according to Synergy.

“As with any capital-intensive industry, companies have to invest in infrastructure before they can start generating revenues from selling services that run off that infrastructure,” Dinsdale said.

“Typically, over time, as markets develop and mature, the percent of revenue that has to be invested back into the infrastructure declines, and profit margins and cash flows ought to improve. In this case it is a bit more complex than that, as some of the infrastructure investment is going into private clouds as well as public clouds.”

Beyond cloud services, the cloud infrastructure being put in place by the hyperscale operators also is supporting services such as search, social networking, email, e-commerce, gaming and mobile apps.

Synergy said its forecasts indicate that as these already large cloud markets get even bigger, their growth rates inevitably will decline in the next five years, although not dramatically.

In aggregate, it expects the markets still to double in size in just under four years, according to Dinsdale, whose company has conducted in-depth quarterly tracking of these markets for many years.

“Our sources for that detailed tracking and analysis are quarterly surveys of all of the main tech vendors and service providers, analysis of all relevant company quarterly/annual financial reports and associated material, ongoing briefings and discussions with the key players in the market, and our internal models and tracking analysis that we have developed over the years,” Dinsdale said.