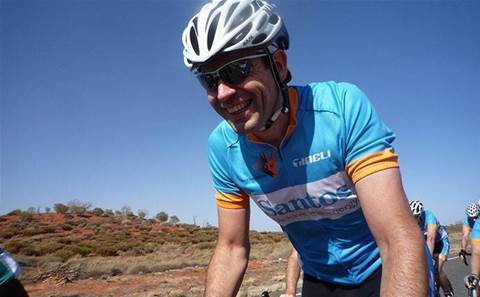 More than 60 cyclists representing a number of IT companies will be riding 1200km from Perth to Broome as part of the eight-day TourXOz ride.

The brainchild of Viostream chief executive Neil Jackson and McAfee ANZ managing director Gary Denman, TourXOz is aiming to raise $400,000 to support mental health and the work of the Black Dog Institute.

“We’re riding to ‘exercise your mood’, showing that exercise is important in not only promoting mental health, but also helping to treat symptoms of mental illness,” Jackson said.

The Black Dog Institute, a research institute that studies, diagnoses and treats mood disorders and depression, is campaigning to encourage Australians to be healthy and active for both physical and mental health.

The event is backed by Microsoft, Telstra, Jabra, AWS, KJR, Versent and Megaport, all of which are key sponsors for the event.

“The IT industry has been very supportive in terms of sponsorship and participation over the previous three adventures so much so that we are now recognised as the Black Dog Institute’s largest, single community fundraiser having raised nearly a million dollars,” Jackson said. 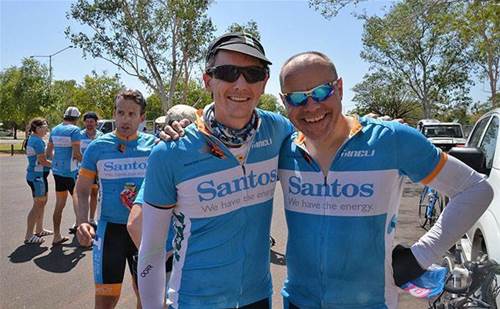 TourXOz will be launched by WA deputy premier and health minister Roger Cook, who will join the peloton to the outskirts of Perth. Joining him will be former AFL player Adam Goodes and SBS commentator Mike Tomalaris.

“Versent is a strong supporter of TourXOz, and the Black Dog Institute,” Coxon said. “Our shared vision of promoting mental health is why Versent is so passionate about this cause, and raising awareness and funds for an issue that affects so many Australians.”

According to the Black Dog Institute, one in five workers in Australia experience a mental health condition, and the country’s suicide rate is the highest it's been in 10 years. About 3000 individuals took their lives in 2015, and suicide is the main cause of death among Australians aged between 15 and 44.

“The TourXOz team embark on this ride for all the right reasons,” Black Dog Institute director and chief scientist Helen Christensen said. “It comes directly from sharing their own lived experience, or that of friends and relatives, in the hope of encouraging open discussions around mental illness and encouraging people to seek the help they need.”

“By spreading this message across the continent and raising vital funds for Black Dog Institute’s research and education programs, the ride will have a huge impact on the lives of people touched by mental illness,” she added.

More information on the ride is available at the TourXOz website, and the latest videos of the ride can be viewed here.

Donations can be made either directly through any of the individual participants, or as a general donation through this page.