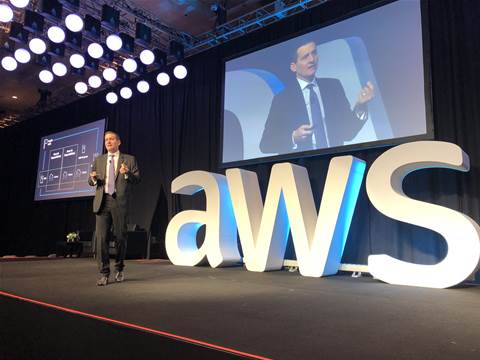 Kratz has been serving as general manager and regional head of AWS’ public sector partner sales in Latin America, Canada and the Caribbean for the last approximately seven years and has deep experience in channel sales from Microsoft.

He will replace Sandy Carter, AWS’ vice president of global public sector partners and programs, who is leaving AWS for an unnamed startup after nearly five years with the cloud provider.

“I am really passionate about this partner channel,” Kratz told CRN US.

“What I’m really excited about is this business keeps growing in so many different ways. And whether that’s in the United States, to Singapore, to Chile, to Canada, to Germany and more, I look forward to learning more [about what is] top of mind of our partners, exceeding their expectations and moving with speed while we simplify. I think we can do it.”

Kratz will be reporting to Max Peterson, AWS’ vice president of the worldwide public sector program.

Kratz is working on a 100-day plan for his new role, and a couple of themes are coming into focus, including how to simplify AWS’ public sector partner business, which covers a broad area, including local, state and federal governments, transportation, education, nonprofits, health care and, in some countries, oil and gas.

“Government and public sector are complicated in many geographies—whether that’s emerging markets to G20 countries—for our partners,” he said. “How do we continue to simplify the partner engagement that we’ve got—both what we ask partners to do, what they do, how they engage with us in the field.”

Kratz wants to accelerate the value that AWS offers to partners.

“We’ve got a lot of amazing innovation, technology and programs, but how do we make sure that they’re recognising the value of their commitment,” he said.

He also wants to continue the public sector program’s strong progression. Under Carter, the program grew 45 percent from 2020 to 2021 and now includes more than 2,100 partners.

“In my geography in the last 18 months due to COVID, I’ve seen government act like a startup in so many different ways,” Kratz said. “I’ve been working with partners from Canada with Deloitte and what we did with call centres, to robots in Mexico City, to [AWS Advanced Consulting Partner] Escala 24/7 down in Santiago. It’s proactively listening to our partners, hearing what they are saying and then executing really quickly on that so that they can continue to grow in a world that’s getting smaller.”

“I really think he gets it,” Kratz said. “Now we’ve got to keep moving fast.”

Kratz’ first job at AWS in 2012 was managing director of international channel sales for the worldwide public sector program.

“I came on board nine-plus years ago, when we were just forming public sector as the 42nd employee with a charter to build our international public sector partner business,” he said. “We were opening new markets—we had just opened up Luxembourg, Singapore, Australia, United Kingdom and more. I did that for two years, and then Teresa Carlson, then the vice president, asked me to build a whole new sales organization, which I’ve been doing the last number of years [in] Latin America, Canada and the Caribbean. Partners have always just been part of the fabric.”

Kratz joined AWS after two decades at Microsoft that included three years as general manager of international channel sales for its worldwide public sector partner sales and strategy team. That role included strategic platform development and marketing and sales initiatives for 89,000-plus channel partners building and transacting solutions on Microsoft’s platform, according to his LinkedIn page. Kratz also was Microsoft’s senior director of independent software vendor (ISV) solution channels sales in the US, managing 624 ISV partners, for almost five years after serving as director of business operations for US partner field sales.

Today, AWS is seeing a couple of big shifts throughout the public sector, including governments further accelerating their migrations to the cloud, not only because of the coronavirus pandemic, but to better-serve their citizens generally, according to Kratz.

“There is no lack of opportunity for our partners,” Kratz said.